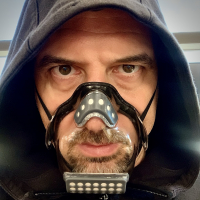 MIDI messages are recorded and played back with the same accuracy and precision as audio recordings. Most modern DAWs, even at their highest resolution, still change the timing of MIDI messages to accommodate for their editing features. These changes impact the playback of your performance as MIDI messages get reordered and delayed, causing changes in how they influence sound, sometimes in very significant ways.

MIDI Tape Recorder purposefully has no MIDI note editing, no quantization, no individual CC tweaking, nothing that you wouldn't do with audio. Instead, very expressive and ultra-dense MIDI streams are perfectly stored and reproduced. MIDI Tape Recorder excels at capturing and playing back expressive performances with MPE controllers and MPE MIDI plugins.

The controls are purposefully simple and intuitive, similar to a traditional four-track audio recorder, making it fun to record, play back and loop your MIDI performance. Even when recording non-MPE MIDI, MIDI Tape Recorder makes it easy to stay in the flow and be creative without being interrupted by the technical nature of most DAWs.

MIDI Tape Recorder makes no sound on its own and requires an AUv3 host to function. 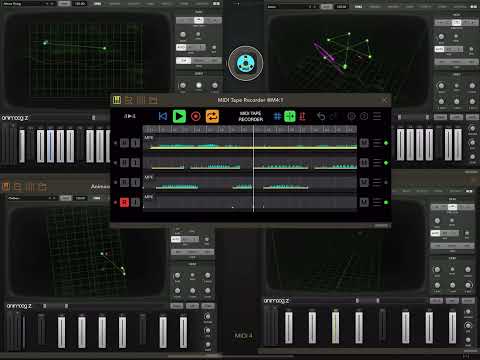