Sidechaining in Gadget: How and Why

Sidechain compression is a technique that utilizes the signal of one audio source to compress the signal of another. It can be used creatively to inject movement, or “pumping” into your mix, and it can also be an effective mixing tool, particularly when balancing the low-end frequencies of a mix. A common scenario to help balance a kick drum and bass / subbass lines is to apply sidechain compression on the bassline with the kick drum as the sidechain input. This allows the kick drum to essentially “duck” the volume of the bassline, which helps the two coexist by avoiding low-end frequency buildup should they play atop one another. Gadget now has the ability to do sidechain compression. Here’s how to set it up.

Note: Sidechain compression can easily backfire and make your mix a complete mess, so we’ll start with a very simple setup in order to understand the characteristics. Start by creating a new project and add the following 3 gadgets in this order: Tokyo, Berlin, London. 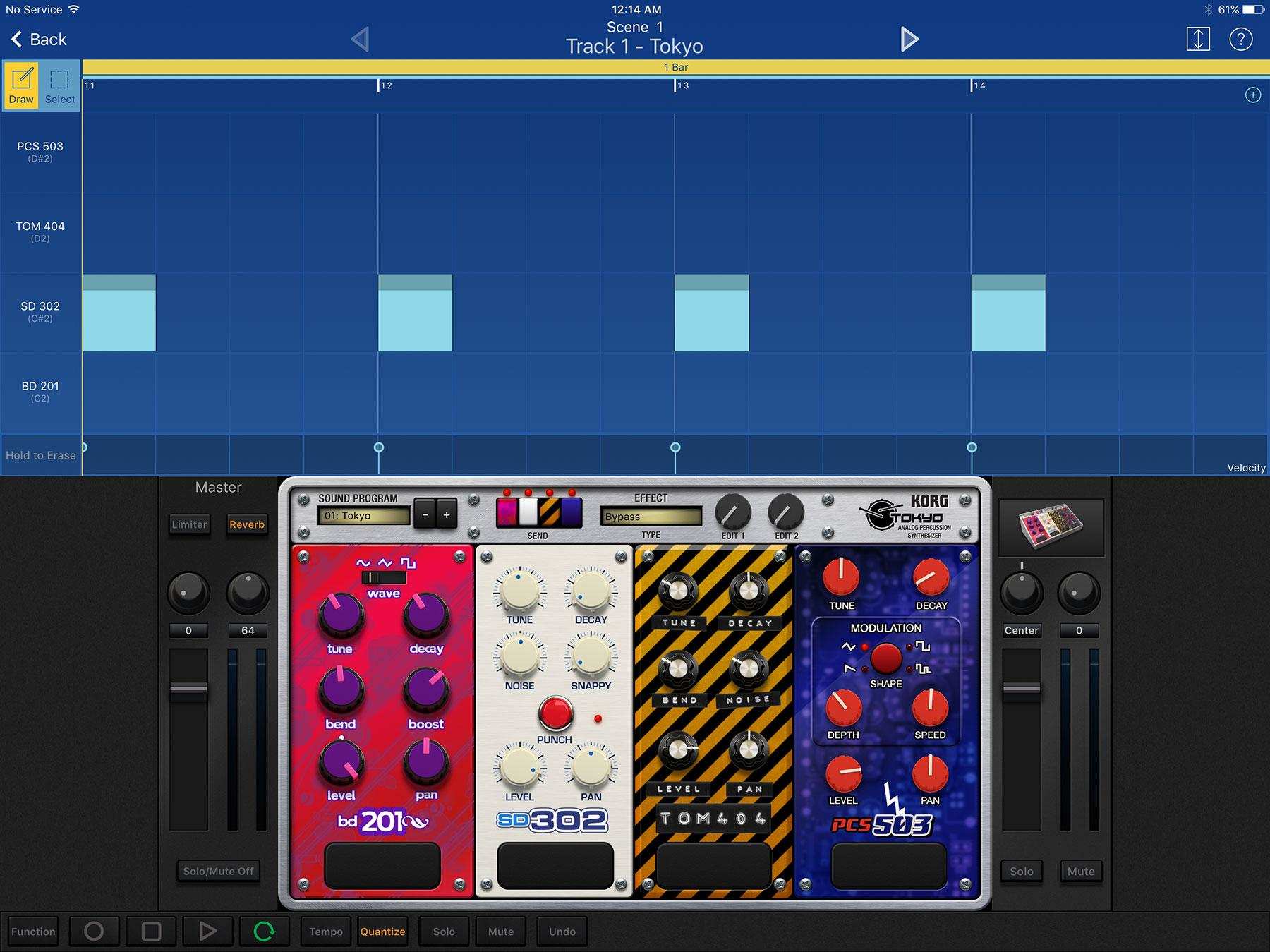 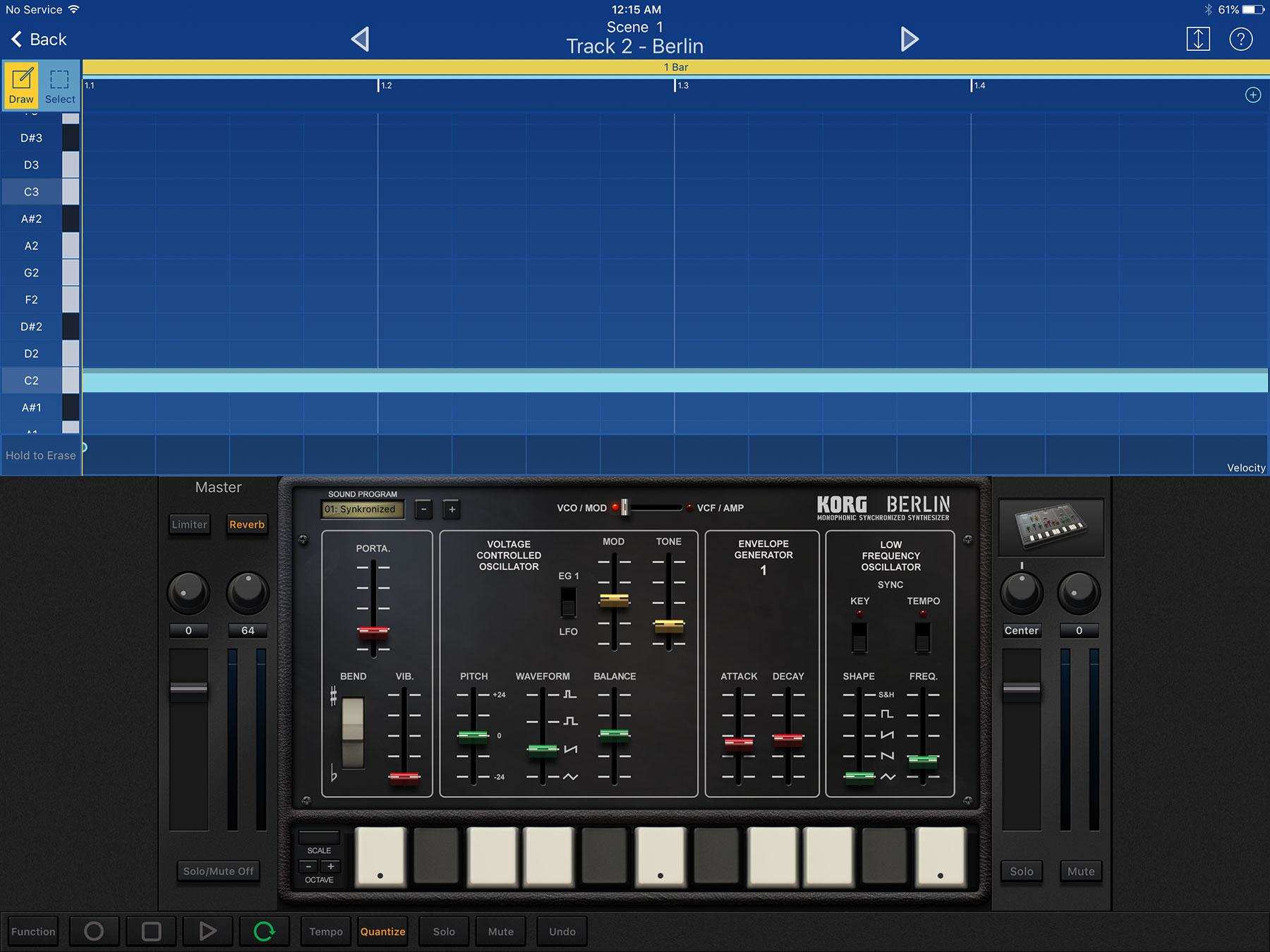 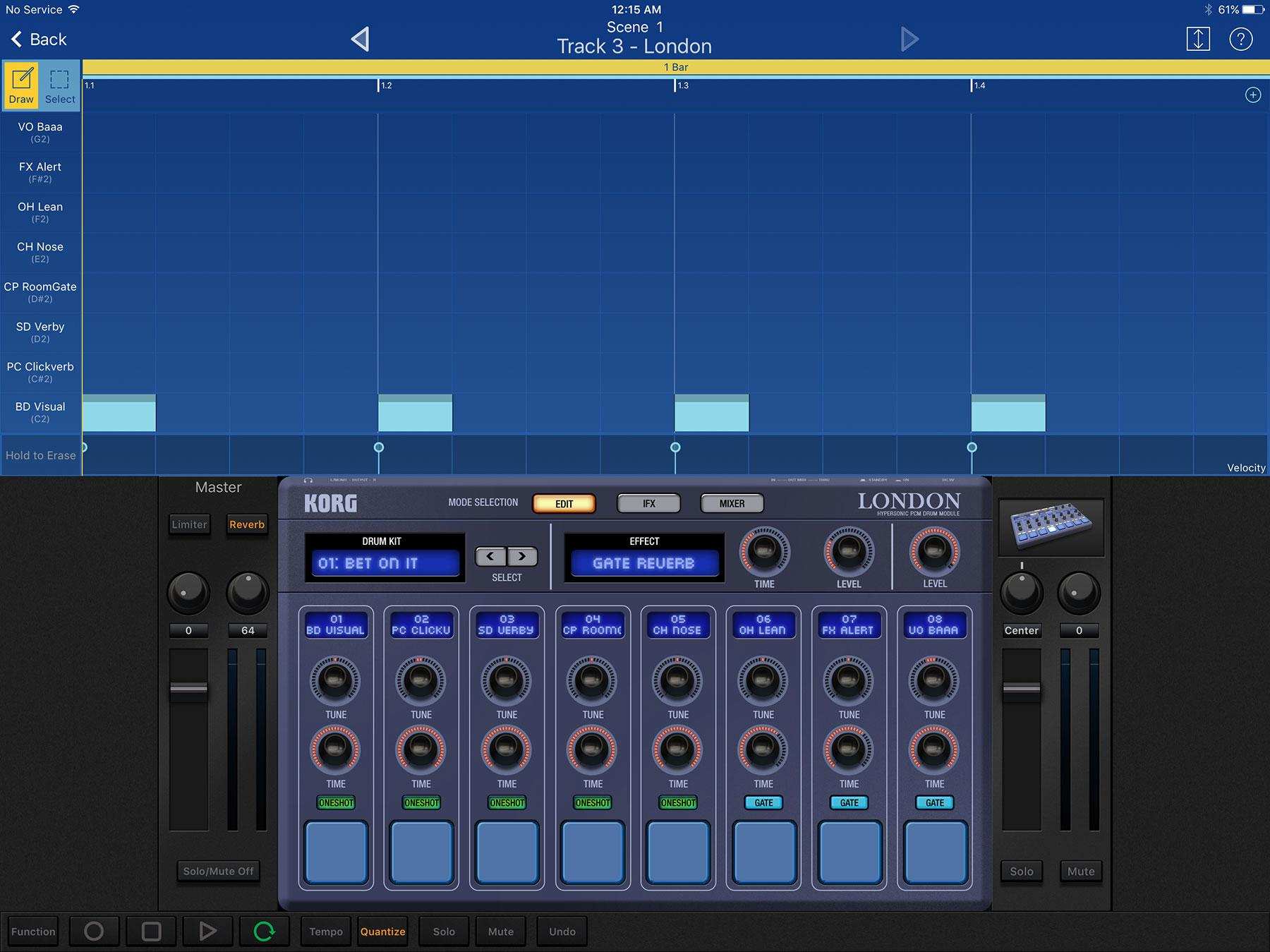 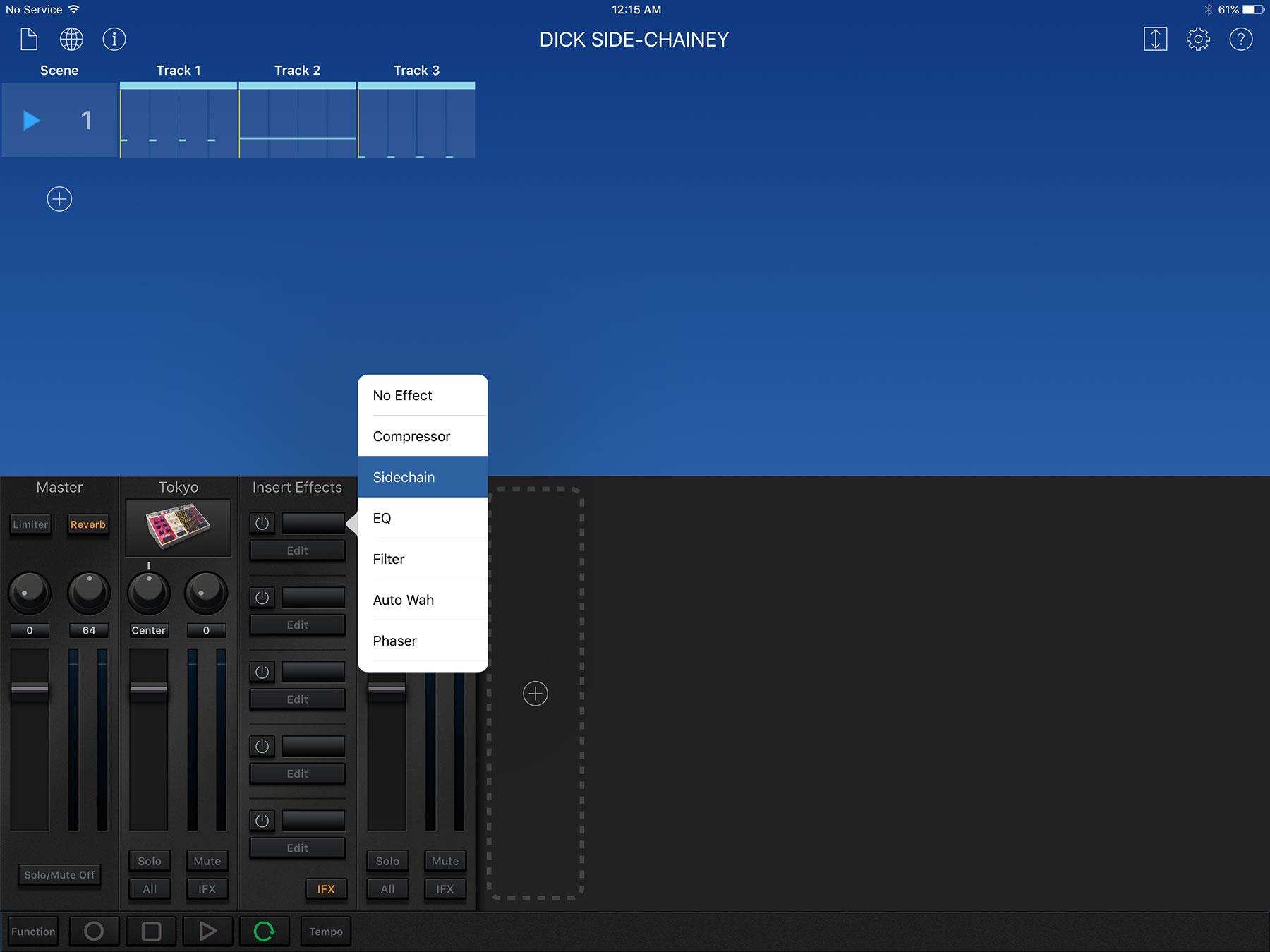 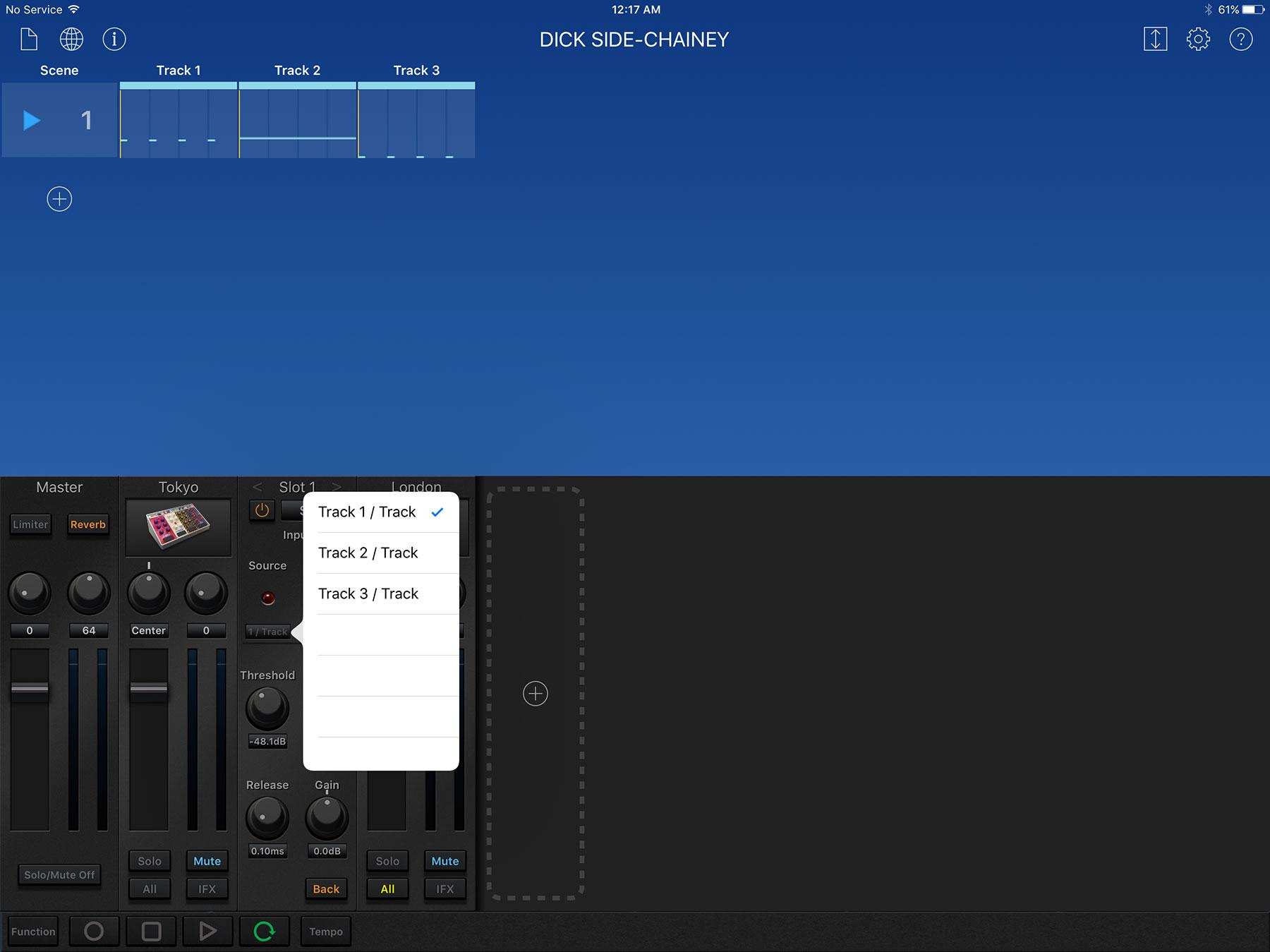 Tap “IFX” (insert effects) on Berlin’s channel, and for Slot 1 choose “Sidechain” from the list of effects. Tap the “Source” input selector and choose “Track 1/Track.” Next, mute the mixer channels for Tokyo and London and press play. You should now be hearing the sidechain influence on Berlin’s output.

There is no one-size-fits-all setting for sidechain compression, so it is worth exploring all of the above settings to see how they influence your material. 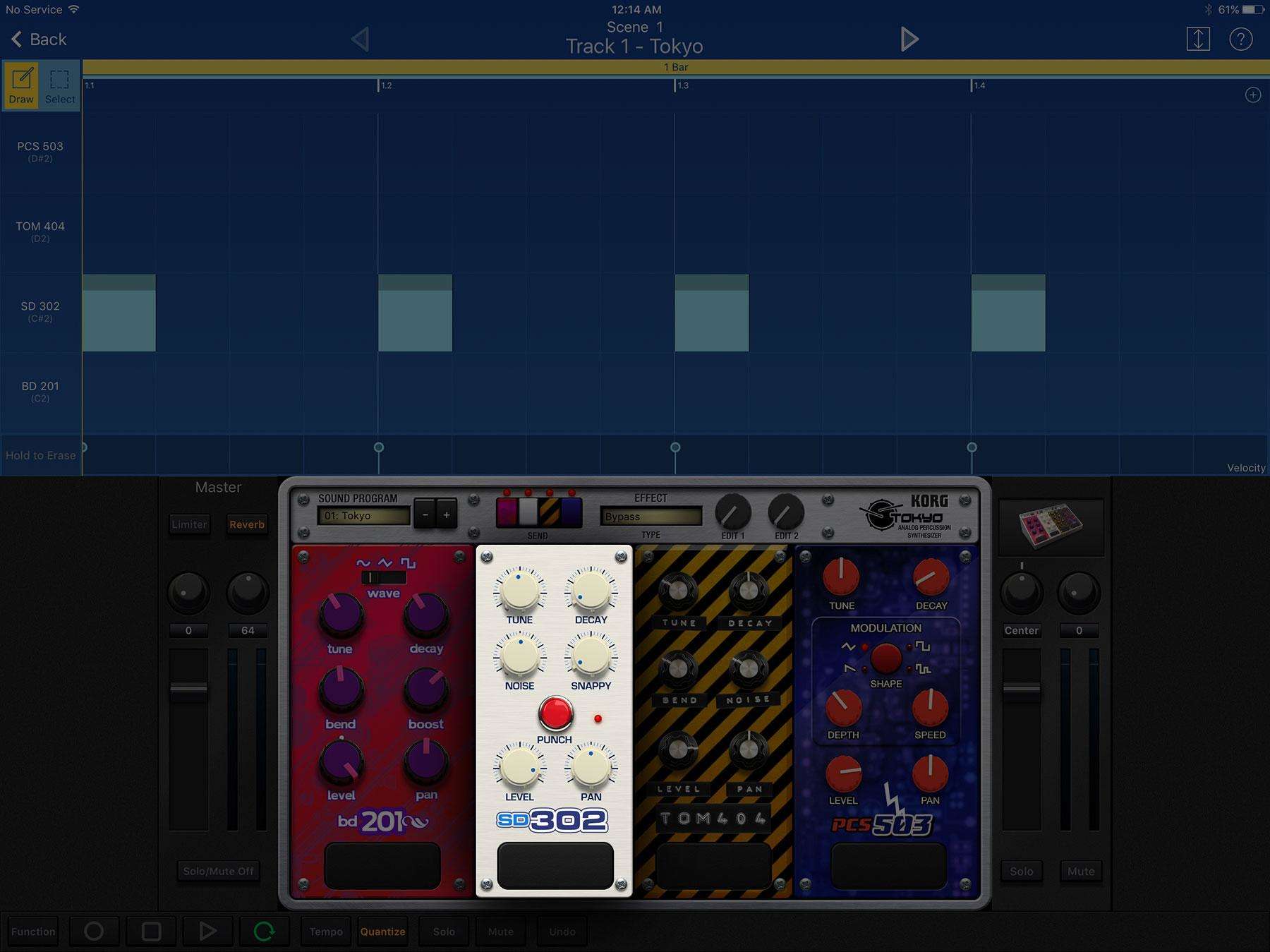 Make sure Tokyo's output is still muted and tap play. Then open Tokyo’s instrument panel and look to the SD 302 module. Begin tweaking the decay, level, noise and snappy knobs, noticing how these all have an influence over the characteristics of the Sidechain effect. 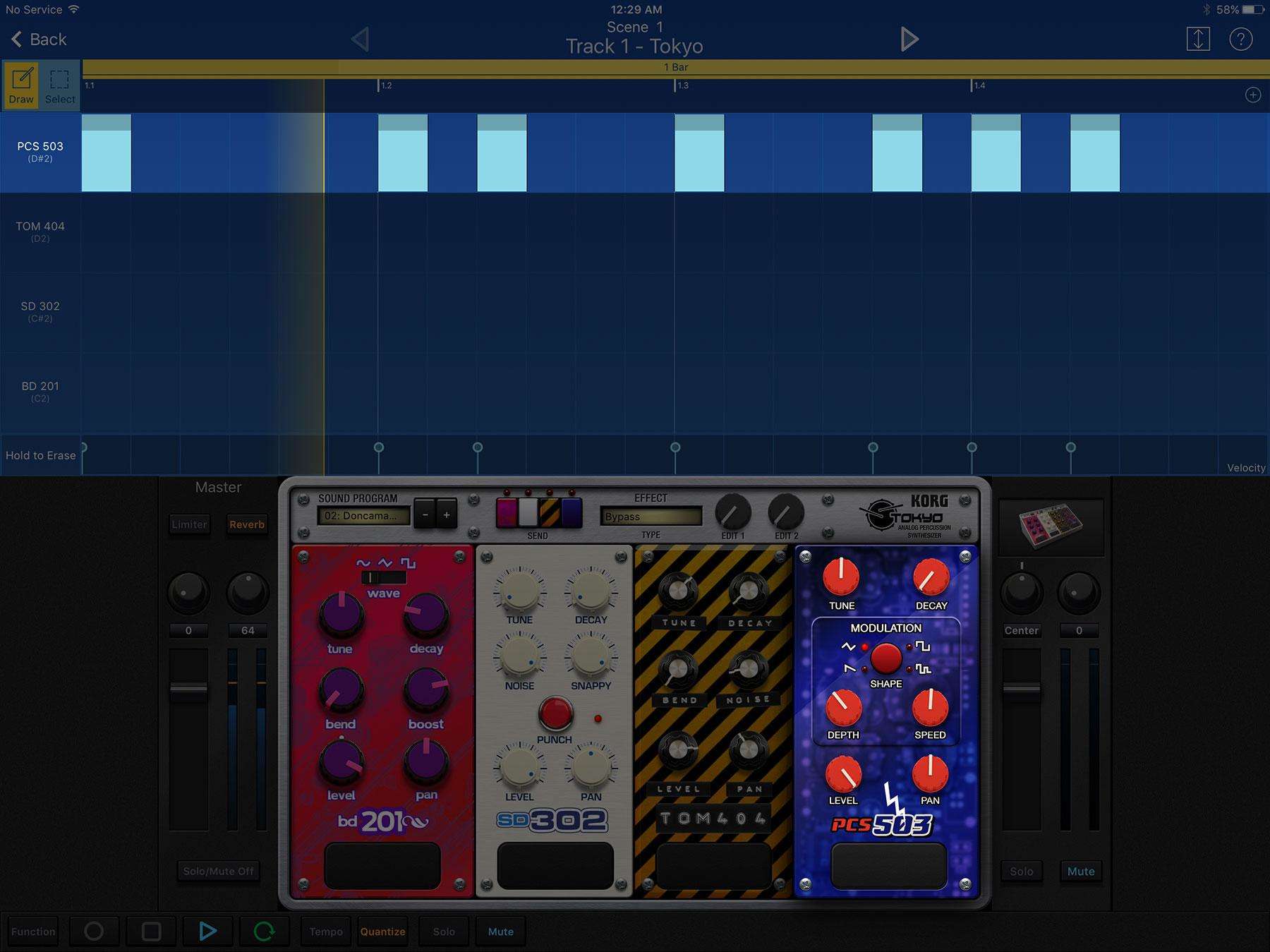 Let's take the Sidechain effect further, and use it as a creative tool for creating rhythmic patterns and movement. Erase the original 4 notes you made in Tokyo’s scene. Then tap “function” in the bottom left corner of the screen and change the grid to 1/16 and activate “Triplet.” Next, draw in the notes as illustrated above, this time using the PCS 503 lane. Set the “Decay” to 0 on the PCS 503 instrument panel and the “Level” to 100 and un-mute the bass drum pattern on London's channel.

As you can hear, sidechaining can be used to inject rhythm and movement, which can either be based on your kick drum, or completely independent of it. Experiment with using different source material; from very short clicks, to different types of bass drums, to vocal samples or cricket sounds. A wide variety of effects can be had from trying out different sidechain sources. Have fun!