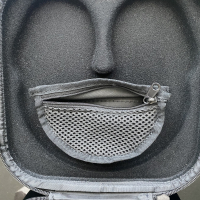 fifteen years ago today apple released the first iphone and started a change in the way we think about smartphones and personal computers.

my brother was the apple guy and really jazzed about the iphones release. i was the pc guy, heavily into palm and mobile os. not too sure about or if i needed to jump ship to this new technology.

when the phone was available he bought one for himself.... and sent one to me one to me.

we lived on opposite coast and the iphones became our link. we spent countless hours discussing new apps, any bit of news concerning iphone advances and how cool it was to live in a time when something like this was available.

over the years my mom and brother would fly out for a yearly visit. they always scheduled it for September, when the new phone was being released, and the months before were spent talking about all the rumors on that years model, trying to second guess what was going to be released.

we swapped who was going to buy the phones that year and when they made it out, the next day we were at the apple store getting our new toy.

we did that every year until the iphone 11. he didn't make it out that year. we didn't make our yearly trip to the apple store.

after a year long battle, he died from cancer, three days after receiving the phone.

among the things he left me was that iphone 11.