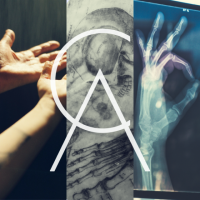 I've got a few updates going through internal testing before going to app review so I'm now turning towards future projects. I wanted to ask any developers/users if it is possible to include multiple AUv3s in app bundles? Does anyone have any examples of this being done? I see 2 main reasons for this being done:

I've got an idea which encompasses both of these issues... Currently a lower CPU version with ~10ms latency and a high CPU version with ~60ms latency. I'm sure I will be able to get latency down further but at the moment there seems to be tradeoffs in every direction. I've seen this type of thing with Acustica plugins on desktop before but I've not come across it on iOS. I'd be very interested in seeing some examples of this on iOS. Also, if it's not the done thing/actually possible I'd be very interested to hear opinions of how to deal with the topic:

I may yet (and hope to) solve the issue by making the higher quality algorithm far more efficient so this is early stage thoughts but I'd love to hear perspectives of different people.