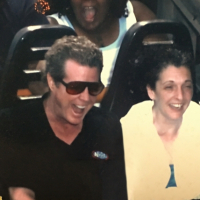 You're tearing me apart!