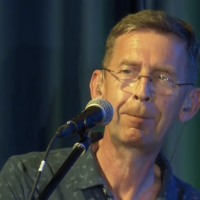 Not to get desperate, I made this 6/8 Ballad with Funk Drummer as Drum Sequencer driving custom Yamaha Drum Samples. then FD didnt export the Midi arrangement into Auria. Seems like only 4/4 miditracks are working, strange. So, first time i made a drumtrack in Auria itself. Not comfortable but ok. Still struggling with gain, Reverb, et c. The fabfilter plug ins are very good. Pro-L2 is so good. So the mid/side thing in Saturn, when high frequencies tweaked. Took me a few weeks beside work. Theres a vocal version 5 semitones higher, but I suck at vocals. I dont dare to post. So a nice evening in peace for you all!