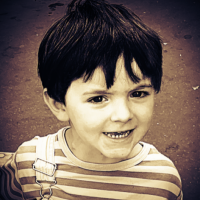 I am facing a stuck notes issue with my external keyboard and certain apps.

Normally, when you press/lift up a key, the usual MIDI event pattern is : Note On - Note Off.

My external keyboard is an acoustic piano with an optical sensor rail.
In certain circumstances (when playing very slowly or deeply in the keybed), this can produce double Note On events. So the pattern becomes : Note On - Note On - Note Off.
In that situation, the sound doesn’t stop upon Note Off event and get stuck.
This happens in GarageBand and BeatHawk (UVI) but not in Korg module or Ravenscroft (which is also a UVI app).
So Korg Module handles nicely the double Note-On event whereas GarageBand or BeatHawk don’t.