We released this app almost two weeks back. Today we finally made the first video demo: 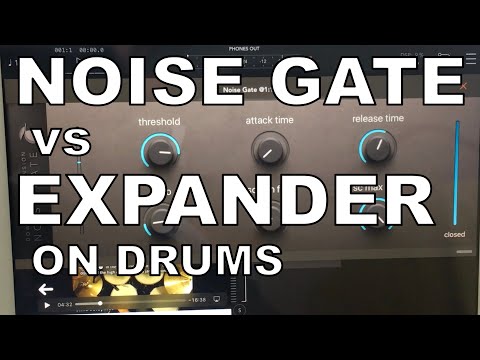 It shows how a downward expander can be used to calm down the background noise of a live drum recording without making harsh gating sounds that a typical noise gate would do. It can also be used to tame the reverb on drum samples that hang on a bit too long.