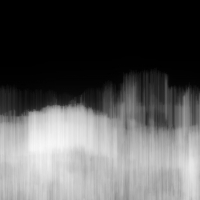 Hey, I know I must have something that already does this... but I've already run through my motion apps and none of them appear to do this very simple, basic thing.

I've got 2-3 still images. They were taken at night of neon signs on the street in downtown Las Vegas. Each taken from the same spot and framed the same. Some lights are on in some, some are off. I wanted to just drop a still frame on a timeline, then a sequential one right next to it, same for the third. Wanted to align them all, then hit play and watch the lights flicker on/off in the images. Then, export a video loop or looping GIF anim. Would like to make the canvas portrait or landscape.

Could likely make Lumafusion do something like this, but I don't think it exports looping GIF anims.

Anyone know of a good animation app for just messing around with animating still images and cutouts of still images stacked on layers?

I'm guessing Core Animator is what I likely need for this... but wanted to run it by the hive to see if maybe I already have something that does this. Maybe the Tumblr app?