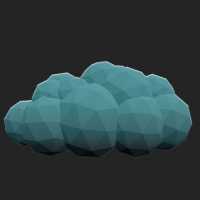 Hi, I know there are piano rolls apps etc, but interested in an app ideally AUv3 that would allow me to enter music notation and play midi apps etc via AUM.