Question about how Apps communicate to provide clock/sync capability 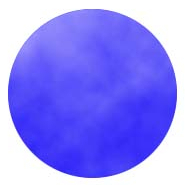 I was thinking about the idea of somehow emulating clock/sync messages, and using them like a gate trigger to cause a (any that could) sequencer to advance/play one beat/step, each time a gate trigger is received.

How do clock/sync messages work?

Might their be a way to use mozaic, or some other App, to generate a type of clock pulse that a sequencer would use as a "single step" playhead advance trigger?

I have an idea of programing a sequence with notes. Putting it on Play. And then having a way to manually tap a Mozaic button or a keyboard key, and having the sequencer use each trigger event to step the playhead forward one beat of play for each trigger.

Does Midi clock work like that? Is it a series of timed pulses that a sequencer uses to keep time?

Or, might there be some other way to "fool" a sequencer into advancing it's play head in response to some other type of event that can be sent manually, one beat at a time?

Aside from manual control.. I was thinking this could be a cool technique to set up conditions that would cause a sequencer to play a step. Such as using Mosaic to listen for a specific note to be played, and each time that note is played it causes the sequencer to play the next beat in it's play sequence.

It might also be used as a type of clip launcher, if each trigger event could be programed to start the sequencer playing a number of steps, and then stop.

I'm imagining this, as clock sync working like a timed series of gate triggers that can be sent to a sequencer as desired, and the sequencer won't care if they're in time of not, because it just waits for a "sync byte" and advances it's playhead each time it receives one.

But I don't know how sync methods actually work.