Went down a rabbit hole and am sharing what I found in case it's useful to anyone.

The original problem I was trying to solve was to take the amplitude of a complex audio source and turn that into MIDI CCs that could be used to modulate another audio source. I was interested in taking the amplitude from a recording of waves hitting a beach and writing that as MIDI CCs.

On computers, Bluecat's DP Meter Pro does this really well, and in real time, but it costs $99 and I'm cheap.

Here's how I did this using ios tools:

For this recipe you'll need - AUM, an audio source (I loaded my clip of the beach into the AUM file player), FAC Envolver, and Cubasis (or another app that can record MIDI CCs)

In FAC Envolver you'll want to choose a MIDI CC that modulates something you want modulated.

In Cubasis at least I couldn't seem to copy and paste automation from one parameter to another. 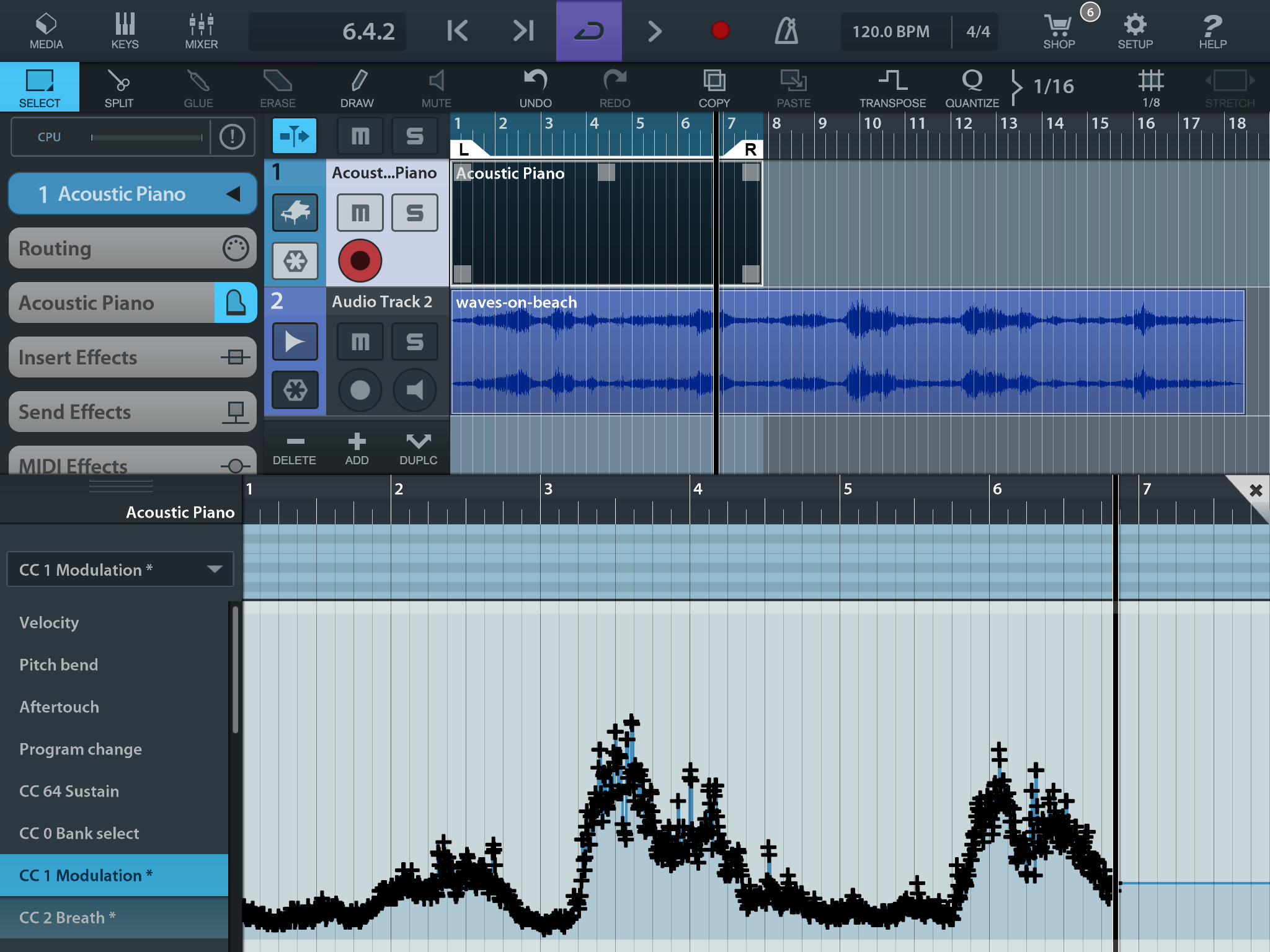