AudioKit Synth One - 60 FREE Presets with an Ozrics/Ambient flavour - by Spidericemidas. 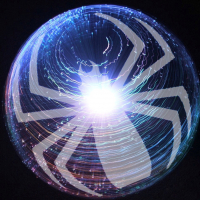