Sweeney Todd / The Genius Of Sondheim

Sorry, this vid is in Czech, but all the singing is in English. I realize this type of music is about as familiar to most of you as The name Angela Lansbury, but I implore you to give it a listen. Johnny Depp wouldn’t do shite! Sondheim’s greatest work in my view. The seamless integration of music and drama is magical. This is an adaptation of the stage production which began with the shrill blast of a steam whistle. Based on a Penny Dreadful, it is the macabre story of vengeance, “barberism” and man eating. Perfect fodder for a musical! The lyrics, perfect, the melodies, haunting and compelling, the subject matter, gruesome, the period, SteamPunk. If you think the musical began with Cats and ended with Phantom of the Opera, think again. Andrew Lloyd Weber is just a throwback to Rodgers and Hammerstein. Sondheim is the David Bowie.

Compared to the repetitive minimalism of today’s global preferences (sorry, guys, I like good fuck music as well as the next, but this is art) it satisfies the heart and soul as well as the amygdala. This ain’t genius by technological manipulation, but genius that needs nothing but artistic interpretation. It is a triumph of the imagination. 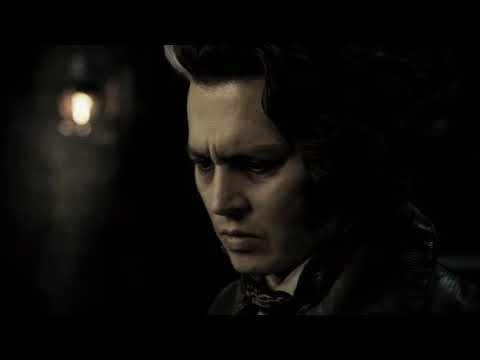