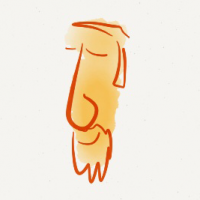 ArnoVanGoch
May 2019 in General App Discussion

I would like to announce that the upcoming version op my finger-drumming app "Drums by Asrodot" is now open for public beta testing.

Large parts of the app have been rewritten in the Swift programming language to allow new features to be added easier, and to keep the codebase of Drums by Asrodot in line with the other iOS projects that I am currently working on. The app now also works better with the latest iOS versions and latest devices. Unfortunately, as a result, I had to drop support for Soundcloud, as the Soundcloud SDK for iOS is no longer being supported by Soundcloud.

Before I do a public release I would like to do a public beta test, using TestFlight from Apple. Anyone interested in participating in testing this new version can follow this link using iPad or iPhone. It will contain instructions on how to install the TestFlight app, and how to use it to download the new version of Drums by Asrodot for testing purposes.

The TestFlight app can also be used to report problems or other feedback. Or you can send it directly to me at [email protected]