How to remotely control *any* iOS app! 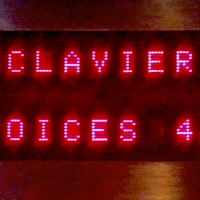 i think it's about time to start a mini tutorial about how to control any iOS app on iOS versions >=iOS 9.0 because from many questions asked repeatedly, it seems like most iOS musicians are not yet aware of the built-in remote control features of recent iOS versions.
You might want to save this for your own reference so when you need it, you can follow it step-by-step.

Until iOS 8.x, Accessibility options were somewhat restricted. It was possible to control an on-screen cursor and select items, it was also possible to record custom gestures, but freely assigning incoming control messages to any gesture is a feature that was (finally!) added with iOS 9.0.

What's the deal?
Many hardware controllers connected via Bluetooth, USB or MIDI can be used to trigger any touch event or touch sequence that you can freely define.
These can be keys on a Bluetooth keyboard, a Bluetooth foot pedal, MIDI notes on a controller keyboard, buttons on a compatible bluetooth game controller etc.

The principle of remote-controlling any app is to:
1. Add and name a "Switch" for each control on your controller hardware
2. Create a new recipe for the app you're about to remotely control
3. For each switch, record a custom gesture for this app
4. Give the gestures appropriate names so you remember what they do.

Switches
You start by connecting your controller hardware to your iDevice.
While USB devices are usually plug-and-play, Bluetooth devices have to be paired first.
Then go to Settings > Accessibility > Switch Control and make sure you leave "Switch Control" = OFF for now.
Tap on "Switches", scroll down and tap "Add New Switch", then Source=External.
Now toggle the switch/key/button you want to learn and give it a recognisable name. I usually call it _, like "Blueboard_4" for example.
Hit "Save".
iOS will ask you to choose a switch action now. Choose "SYSTEM" > "Tap"
Go back to the "Switches" page.
Your new switch and name must be listed here.
Do this for every switch on the controller that you want to assign a function to.

Recipes
Now that your iDevice knows a few controller events by name, you are going to create a set of gestures for the app you want to control.

Go back to Settings > Accessibility > Switch Control and tap on "Recipes".
Tap on "Create New Recipe...", give it a name that tells you what it does in the app under control, leave the "Timeout" switch off and tap on "Assign a Switch...".
From the list of your switches, select the remote controller switch you want to assign an action to.
Now is a good time to open the app you want to control and remember the control and gesture positions that have to be tapped/swiped/dragged to activate the function you need. Sometimes, tap positions can be remembered by putting your hand on the iDevice and hold your index finger in-place with the help of thumb and middle finger, but a much more precise option is to use a CD marker pen (formerly overhead slide pen) that works when writing on glass or protective film.
The way I do it: I'm using a fine pen and in the middle of each of the app's UI elements to control, I'm writing small consecutive numbers in the order I want to control them by buttons on the remote controller device.

Now switch back to the iOS Settings app.
Under "New Recipe" > "Assign a Switch..." > "Switches" > {Button-on-your-remote}!
Select "Actions" > "Custom Gesture", tap "Hide Controls" on the bottom and record your gesture, which can be as simple as a short tap on the correct position.
A few notes about recording gestures:
1. Recording starts as soon as your finger touches the screen. Because a gesture can consist of multiple taps, swipes, drags etc., recording will stop automatically 10 seconds after your last finger lift-off from the screen.
2. Make sure you tap position is precise enough to tap on the correct UI element on the app under control. Some developers don't add a "tolerance range" around the UI elements so you really don't want to miss the correct position.
3. Your gesture will be replayed with the same speed you've recorded it. A long tap might be interpreted as a tap-hold, moving your finger while releasing it from the screen might be interpreted as a swipe or unintentional parameter change.
4. Your gesture will not be aware of the current status of the UI element. Example: You can record a "scroll bar" gesture to scroll up or down in a list, but it won't work well except when the scroll handle is at the correct position by coincidence.
5. However, gestures requiring multiple taps like opening a menu, selecting a sub menu and then selecting an item, are perfectly possible if menu positions don't change depending on context.
6. You might want to practice entering your gestures to be both fast and precise!

Repeat this procedure for each switch until all controls from your remote are mapped the way you want them to work.

Finally, make sure you select the recipe you just created under Recipes > "Launch Recipe" so when you activate Switch Control, the correct set of remote-controlled gestures is used for the app under control.
Then, under Accessibility > Switch Control, set "Switch Control" to ON.

Just an idea: By attaching a Bluetooth computer keyboard and recording gestures for each key, you can easily have more than 70 actions - a different one on each key. Let's talk Beatmaker 3 workflows

Edit 2: iOS 11 is apparently required to use MIDI Notes for remote control.
Bluetooth keyboards also work under earlier versions.
There seems to be a bug in iOS 12.x that prevents MIDI switches from working at all, so stay on iOS 11.x if you can!
The bug has already been reported to Apple today.