How is guitar center still in business? 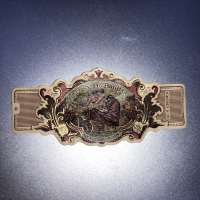 I have a policy of never being a dick to customer service people, even if they are jerks or incompetent. I've been in their shoes so I just check myself and try to behave. So I have to vent here. Sorry, this probably won't make sense to anyone outside the USA, but be thankful you don't have this horrid company in your country.

tldr; Guitar Center can't get three separate transactions right and is super sketchy with the truth

Two weeks ago my wife buys be a $100 gift card at Guitar Center. They have a promo. They will give an additional $10 certificate for each $50 certificate bought. I'm not a big guitar center fan but I've got $120 to spend! Woohoo.

What is wrong with these people? Between the lost inventory, used items sold as new, gift cards that don't work and pretending you are solving a customer's problem and then charging them full price, I've completely written Guitar Center off. I've also written off the gift cards and won't ever go back to this chain again. In fact, I'll pay a 20% premium to NOT shop at Guitar Center.