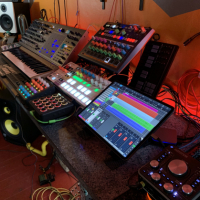 Just thought I’d pop in and let you guys know, I’ve seen lots of other people w new iPad Pro and or ios12 having crackling/stuttering/high cpu usage in some apps. Yep, update and it’s gone, finally.