One use-case is to setup N instances of a monophonic synth using the same preset receiving on different midi channels from Stream Byter and play this set of mono-synth with a single polyphonic midi source. 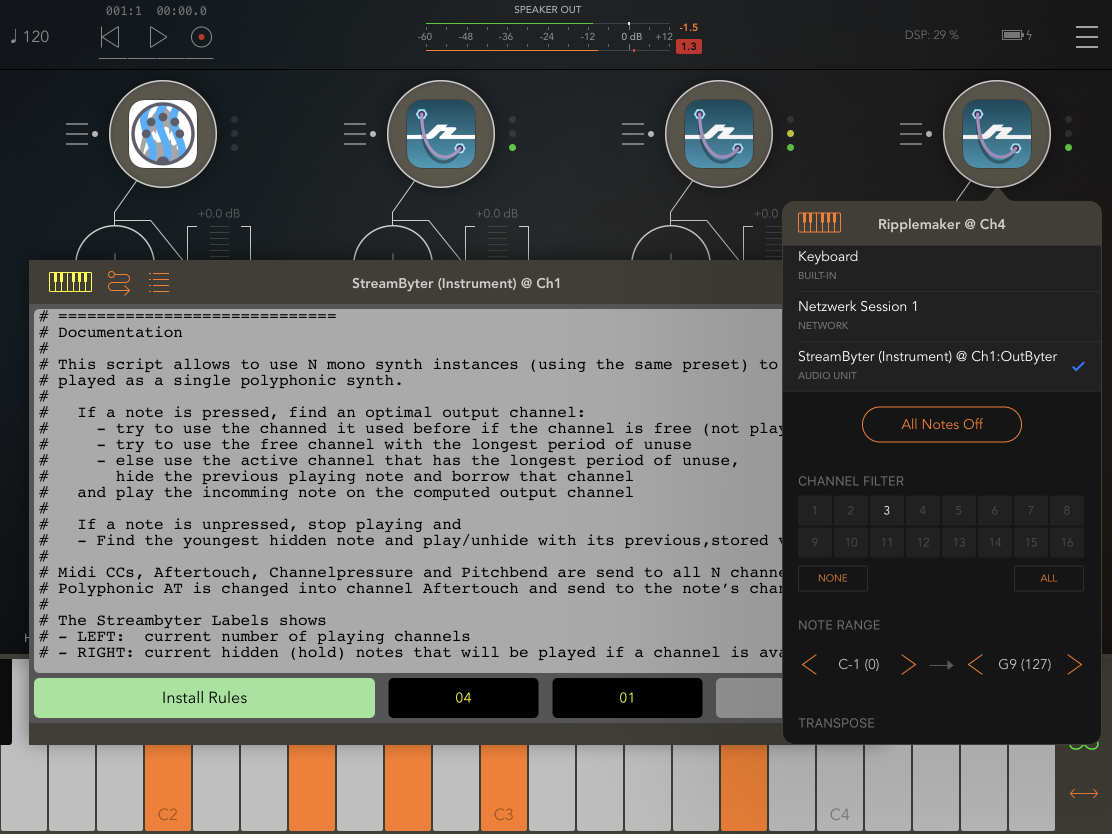 There is advanced logic for choosing the channel for new notes, including repetition on the same channel and note-hiding (temporary stealing) and unhiding in the opposite play order when releasing keys.

Midi CCs, Aftertouch, Channelpressure and Pitchbend are send to all N channels. Polyphonic AT is changed into channel Aftertouch and send to the note’s channel.

I already did a lot of testing, but please report bugs or enhancements

Usage with 3 mono Ripplemaker in AUM

If you press a triad chord, three synth will be playing. If you hold the chord and add a single note,
the first pressed key is replaced by the new note. If you now remove the 4. finger, the 'hidden' note
is playing again with its initial velocity.

Alternative Link to zipped version of the source file