Would some of you please list some of the girl musicians and songwriters that you listen to?

I have various ways of discovering artists who I’ve never heard before, but over time those sources tend to get repetitive so it gets tougher and tougher to keep discovering people. Plus I think that people here will give me completely different perspectives.

New music and old music are both fine to list. If I’ve never heard someone before then they are still new to me even if they’re old.

I’ll start with Annette Peacock. It’s possible that many of you have heard her or heard of her, but she isn’t all that well known. The song that I’ve picked has nothing to do with synthesizers, but earlier in her career she was a synthesizer pioneer. Moog gave her one of his prototypes to use in her experiments. She said that it was a beast to haul around. She also said that it looked like an airplane cockpit.

This is a later-on song from her 1978 album titled X Dreams. The song isn’t X rated - probably an R if songs were ever rated. It gets into creepy territory at times, and it must have been way ahead of its time so it’s relevant to recent news from 2017. Mick Ronson gets panned to one channel. Chris Spedding gets panned to the other. Bill Bruford is on drums.

Any other girls you can list is appreciated, with or without YT links. 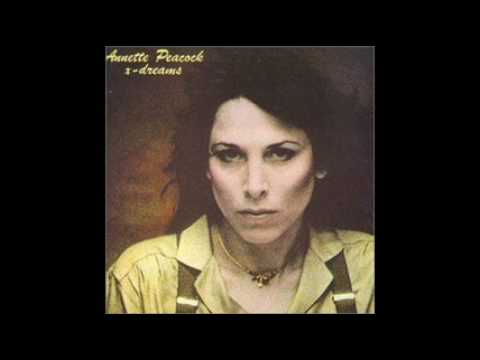