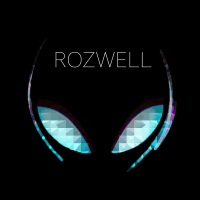 Could it possible to also set the buffer to 64 ?
I've seen that high pro's effects offers that feature already (Sugarbytes effects for instance).
So 128 is not the best !
I also know that many apps barely implement 256.

But as a high quality app standard, shouldn't Audiobus showing the best way ?
Also it could be a way to find out badly coded apps that won't support that, and push all developers to improve their apps and standards...

Finally it might be good to use the futur Ipad pro to the max !

Would you like to be able to select a buffer size to 64 ?