Using Patterning to drive two instances of Ruismaker via AUM: A drum playground on the backbone of a volcano

·
·
This experiment began here when I asked for suggestions for a good step sequencer to control Ruismaker. @brambos suggested Patterning, and the door opened. Both apps play remarkably well together with AUM as a makeshift chaperone. So much so that I am putting together this summary from my original thread, along with some additional tips, should you guys and girls want to get into some extensive (chaotic / beautiful) drum experiments of your own.
·
·
·
· 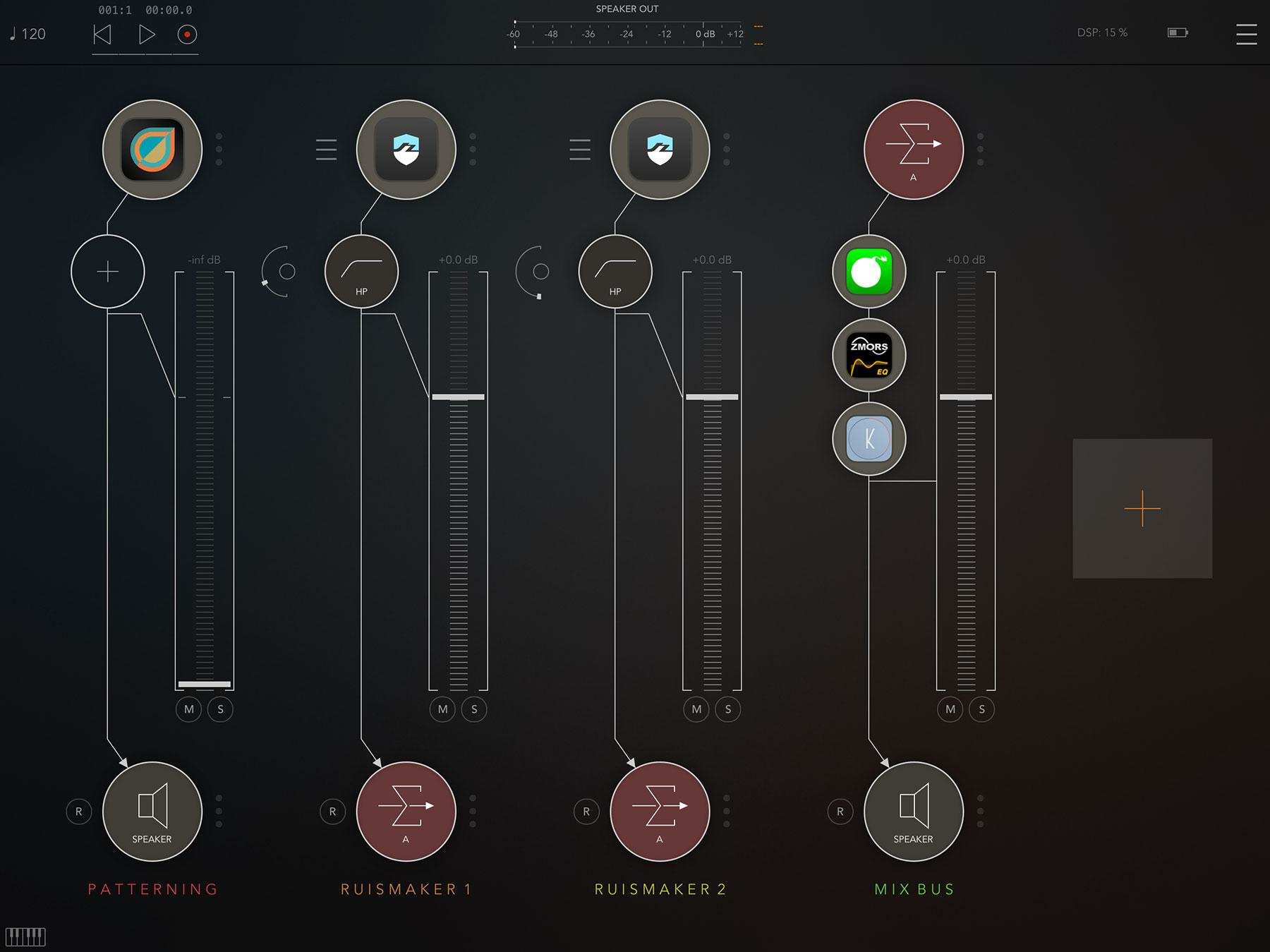 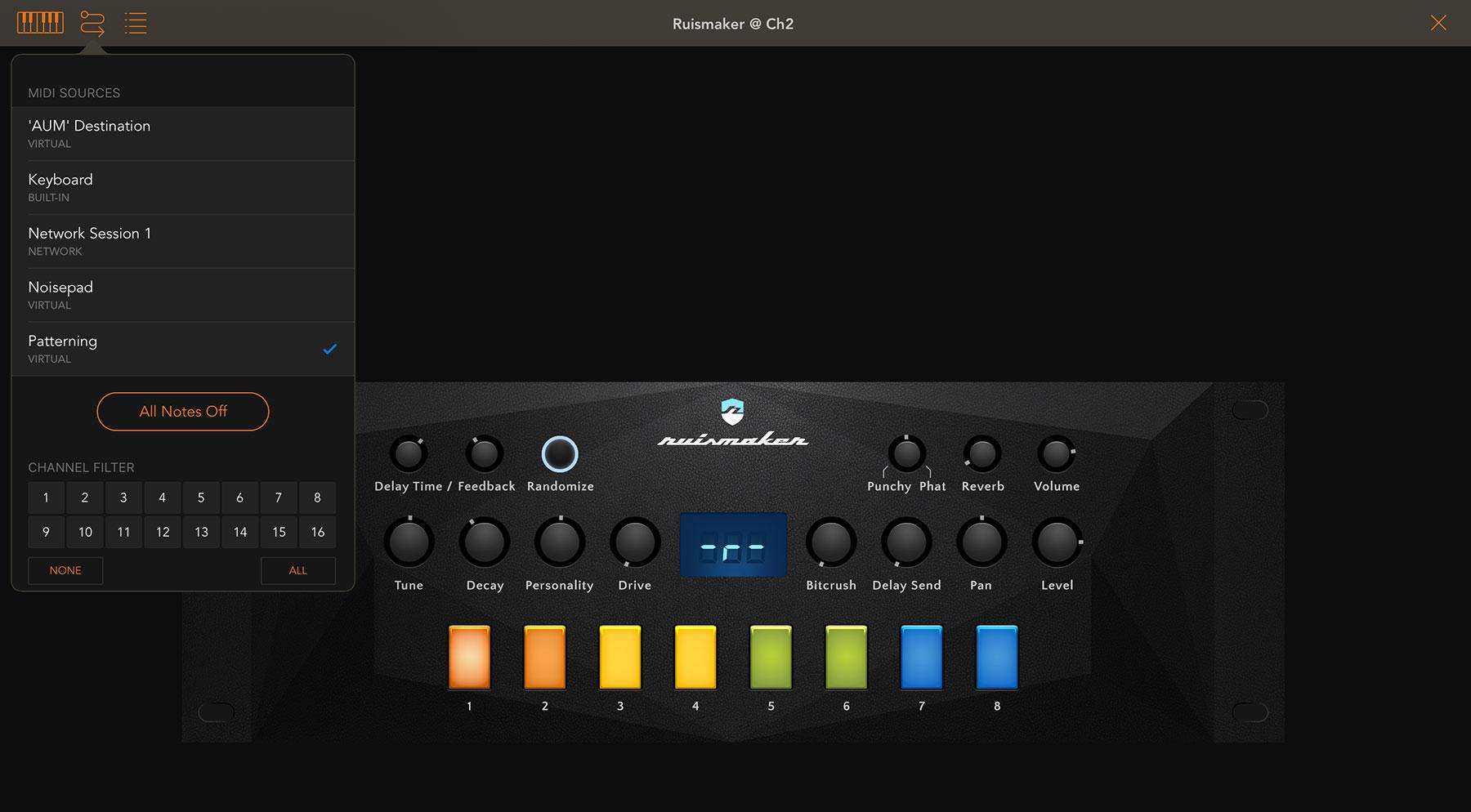 And thanks to @wim everything inside of Patterning is already mapped to Ruismaker. Head over to AUM and tap play. You should be hearing both instances of Ruismaker playing. It's now in your hands to combine them and get them to work together. 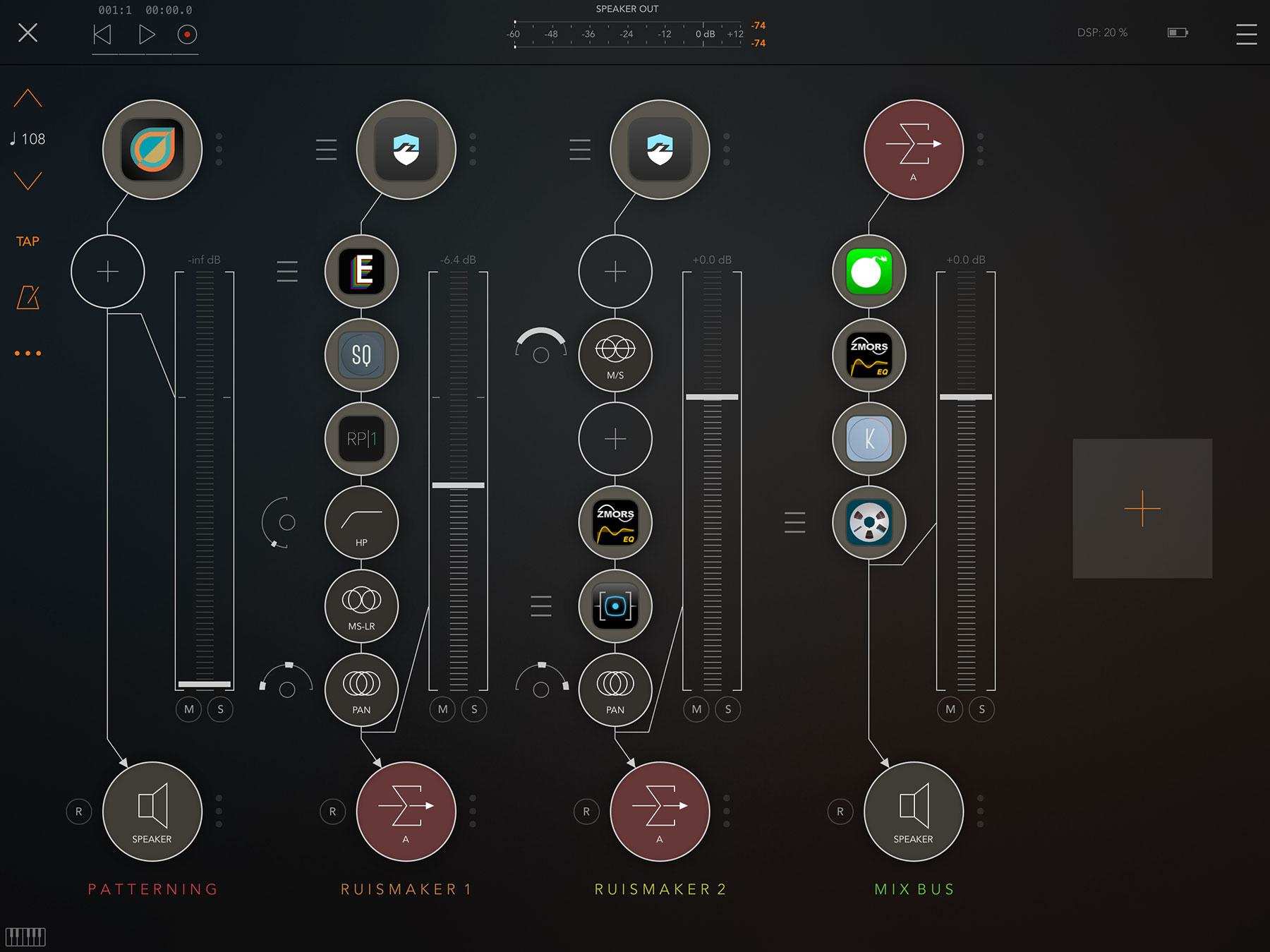 It's tough to define reason with two separate instances of the same drum machine running at the same time off the same sequencer, so embrace the fact that you probably aren't going to get a specific beat neatly laid out. Instead, go wild and throw every effect processor app you've got on Ruismaker's channels. 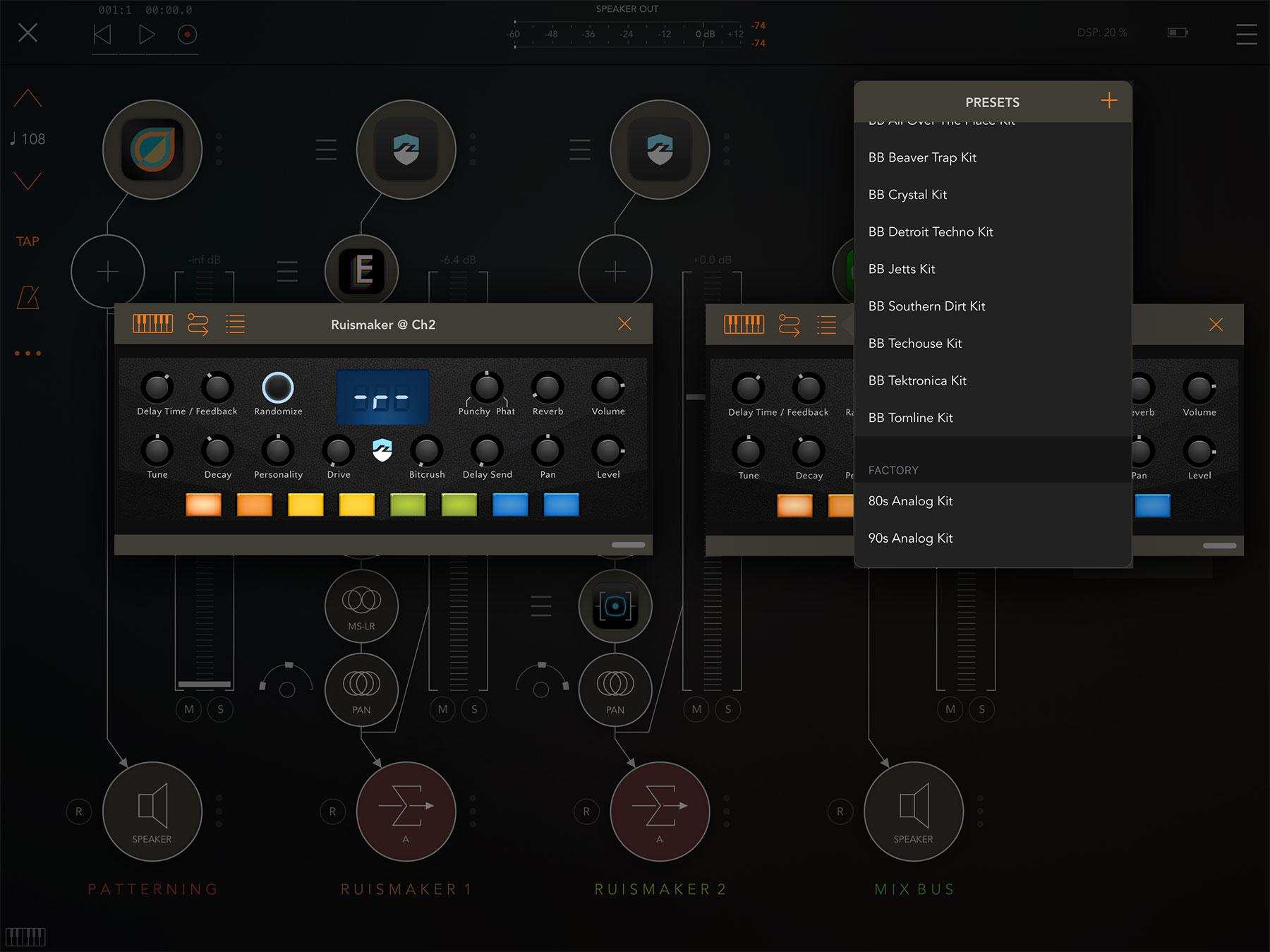 Open each instance of Ruismaker and fly through the presets. Land on one, tweak it a bit, save a new preset then keep tapping "randomize" to find another path. Then feed them through more processing apps. Distort one instance to oblivion, smash the other with a heavy-handed compressor and then feed them both through more distortion and more compression. In the example audio file below I was getting some charismatic results by following this no rules approach.

Albeit, I didn't do a good job with the recording (make sure to watch your levels going into the mixbus compressor). But still, I got results I never would have gotten from a more traditional path to beatmaking. Have fun!
·
·
·
·