MIDI event order when sliding between keys on a touch keyboard 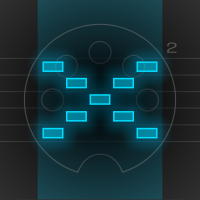 SevenSystems
September 22 in Support and Feedback

I've always assumed that when you "slide" between two keys (notes) on a touch screen keyboard, it would be better to FIRST send a "Note On" for the NEW key, and THEN send a "Note Off" for the now-released key. I think the reason is that some old hardware synths interpreted this as "portamento", and that's what users expected.

However, I've now just tested two random apps (KB-1 and GeoShred), and neither of those do this. (they send the Note On / Note Off messages in the "regular" order -- first note off for the old key, then note on for the new one).

Is there any consensus / opinion on this? Does anyone depend on the "reversed" order? Any tests?