This is the piece of Dark Ambient I made for Make Music Day 2022. I used AUM as my main sonic playground like usual.

There are four elements in this piece - two samples I found from Freesound.org, and two instances of Bleass' new Monolit looped in Gauss. Here's how it all breaks down.

The first sample is a 6-second sample of a woman screaming, but the audio was stretched out to 20 minutes long and pitched down in PaulXStretch. I played it back at 62% speed in AUM's file player and processed it through K-Devices' Shaper 2 and Chow Tape with some EQing.

Next is a 3-second sample of "dripping blood" stretched out to about a minute and a half and pitched down in PaulXStretch. This was processed through KoalaFX with Dub and Reverb turned on as well as Dirty, VibroFlange, and Crush tweaked to taste. A little bit of the low-end was high passed. This also is played back via AUM's file player at 62% speed.

Then I recorded a drone created in Bleass' Monolit synth into Gauss and slowed that down to 25% (although at one point in the performance I sped it up to 50% and then slowed it back down to 25%). This was processed through Chow Tape. No EQing as I wanted that deep bass to come through.

After that are the FM chimes created in Bleass' Monolit synth and recorded into Gauss and slowed down to 25%. No processing other than a bit of high passing.

Finally, I bussed all of this into a master buss and processed the signal through Alteza (the pitch knobs of the feedback section of which I tweaked during the performance) and Reelbus. Of course I had AUM's default limiter after that to prevent the signal from surpassing absolute zero and clipping in an undesirable manner. (If I wanted hard clipping, I'd add it in myself, lol.)

Here's a screenshot of the session... 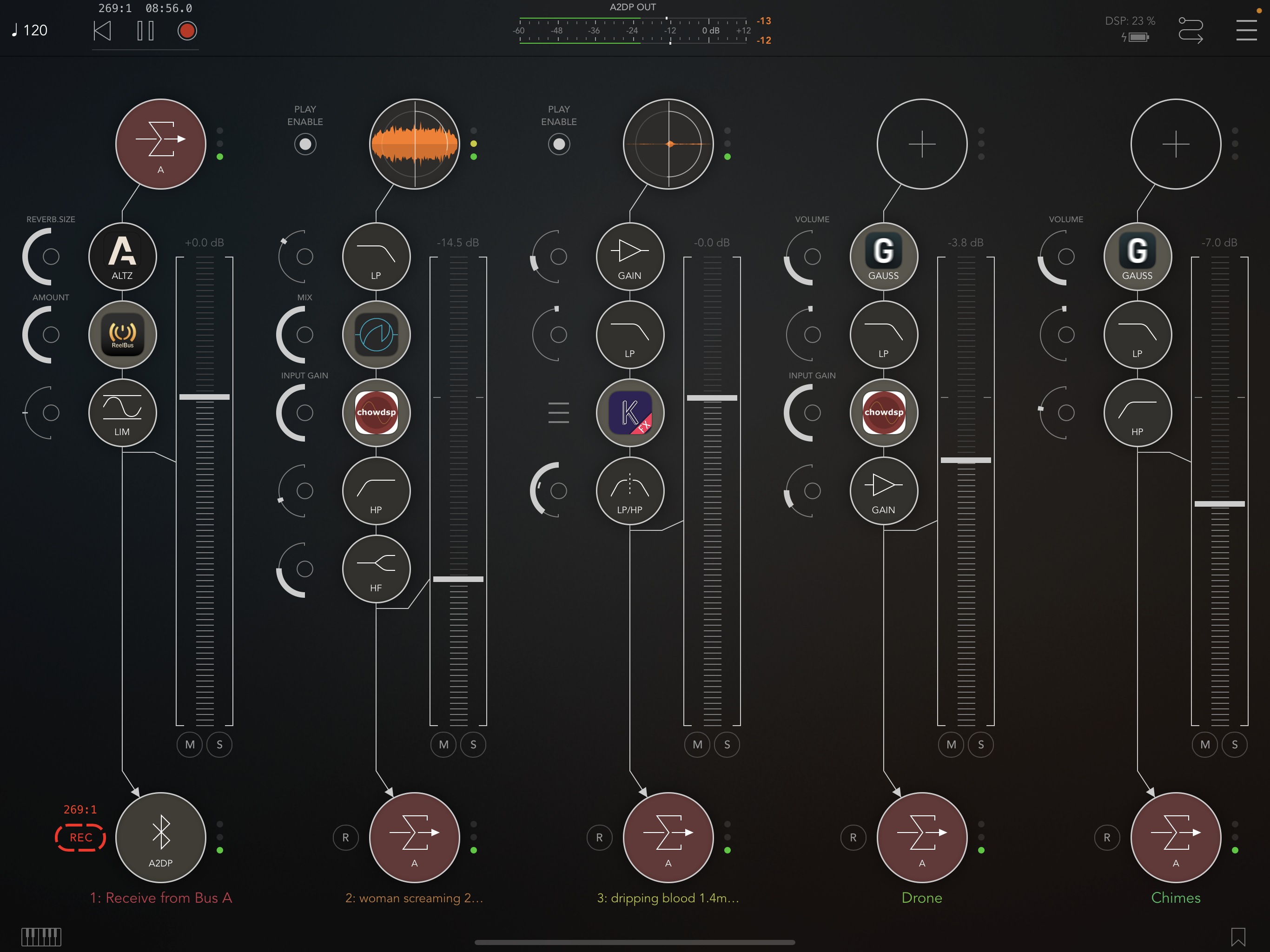 Everything was normalised in TwistedWave audio editor before uploading to SoundCloud! Cheers and enjoy!