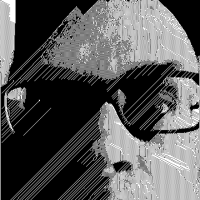 Hey everyone - I'm very pleased and excited to announce my new Bristol Manor album was released today on streaming and bandcamp. Please have a listen & let me know what you think - links below.

A tiny bit about the album: All ios as usual (except for some minor mastering in Adobe Audtion on desktop). This one marked a bit of a turn in that I used Nanostudio2 to produce 9-10 of the tracks. (4 others in Garageband, & 1 Gadget track). I've really grown to like Nanostudio2 over the past several months. I used alot of the built-in effects and synth - but there's also a bit of Synthmaster 1 & 2 and a few other ios synths. (Factory, Reason, Groovebox).

) And @richardyot - I used a couple of your Factory presets, and a few of your Obsidian presets on this album ... so thanks! Your presets are great!