Is the iPad Pro 2021 with M1 Chip the best iPad for music production? 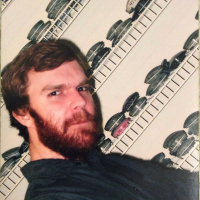 Hi all. For the past three years I’ve been using an iPad Pro 10.5 for making music. I’ve run up against several limitations that I believe are due to this iPad’s hardware. Synths, like Model 15, produce crackles even using one instance; the Fabfilter plugins cause crackles—again, just using one at a time; SugarBytes Drum Computer “hiccups” and will randomly change the pitch of some drums while playing—these are just a few examples. I’d like to get a new iPad that can run these and other apps without any problems. So, is the iPad Pro 2021 11” (256GB—I cant afford any more space) with the M1 Chip my best bet? I know it would be a 4GB RAM increase for me and that the M1 is a major upgrade to my current chip, but I’ve also read that iPadOS doesn’t actually take advantage of the M1. I’ve been reading reviews and looking at comparisons till my eyes have bled, so I thought I would ask you guys in the hope of getting a straight answer. Thanks in advance for your help!