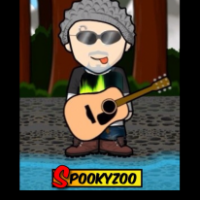 SpookyZoo
May 2013 edited May 2013 in General App Discussion

It may not be showing in your updates yet...but do a search...it's here!