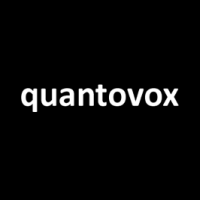 Was wondering if anyone here implemented an infinite rotary knob / AU parameter that plays super nice with automation. Think of a direction control that goes from -180 to +180 degrees, allowing for a seamless wraparound.

The problem is that many host apps perform interpolation of the automation envelopes, resulting in smoothing out the sharp transition. In case of the described angular parameter, this turns the small jump over at +/-180 degrees into a full-arc excursion in the other direction. Plus, even in the best cases of preserved sharpness, some hosts can ease-in the transition, ruling out real-time detection. The problem difficulty further increases when the envelope has more sparsely placed control points, making it impossible to tell apart actual recorded performance and DAW-generated intermediate points, which normally wouldn't be a problem, but becomes a showstopper for implementing wrap-around parameter behavior.

At this point, to fulfill professional expectations, the only solution appears to be non-causal processing, which carries some trade-offs on its own, and may not be always suitable for different kinds of plugins. So was wondering, has anyone else gone through all this, and found some solutions provided by the AU API (or other 3rd party framework) for example?