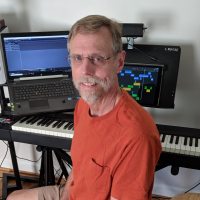 I'd appreciate some help in understanding how to set volume levels for different sections in the "pick a drummer" option. So for example, I've selected Curtis. Suppose I want to boost the volume level of the cymbals. I unhighlight everything (e.g., snare, percussion) except the cymbals. I then drag the puck to the top of the square (loud). I unhighlight cymbals and highlight the snare to adjust its volume by dragging the puck into the lower half of the square. I next highlight the cymbals again so that both cymbals and snare are sounding. Problem- volume of the cymbals has been lowered to my last setting (for the snare). So it seems that the volume of each section can't be independently controlled. What am I missing?