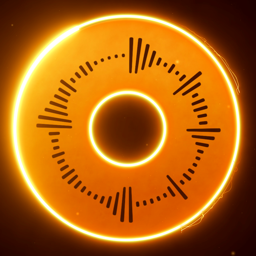 You get the idea. Loopy Pro is deep. But it's also designed to be friendly, and a great deal of fun.

You can set up Loopy Pro to work however you do, with features like hands-free looping with count-in, count-out and automatic loop detection; or "free" looping, where you can choose on-the-fly how long to make loops. There's even retrospective recording, where you can lock in a loop after the fact.

There's extensive MIDI controller support, including built-in support for the Launchpad, the APC40 mk2 and the MIDI Fighter Twister, and effortless MIDI Learn for setting up your controllers.

You can also drag-and-drop audio straight onto loops in Loopy Pro, with sophisticated tempo and pitch adjustments, and use Loopy Pro as a clip launcher, with all kinds of options for song sectioning.

The built-in mixer lets you set up insert and send effects for every channel in your project, and load AUv3 Audio Unit instruments, effects, and MIDI sequencers.

And there's a built-in sequencer, for arranging songs, and even performing them live, totally automated and hands-free.

So, what are you reading this for? Go take Loopy Pro for a spin – there's a 7-day free trial just waiting for you.

Join other Loopy Pro users on Discord, Facebook or the forums - loopypro.com/communities

Loopy Pro has a pricing structure that mimics the classic desktop software model, in order to enable continued development:

• A 7-Day Free Trial, so you can make an informed purchasing decision.
• A one-off In-App Purchase to buy the app: to keep, forever.
– This gets you permanent access to all current features, and all those added in the following 12 months.
– It also gets you bug and compatibility fixes for the lifetime of the app.
• A completely optional "Upgrade" In-App Purchase, available any time from 12 months after initial purchase, to buy the latest features and all those released in the following 12 months, to keep forever. Upgrade once, or every year, or just when there's a new feature you want, or never upgrade after the initial purchase – it's completely up to you. And you keep what you buy, forever.
• This will allow Loopy Pro to continue evolving for years to come, while letting me support my family.