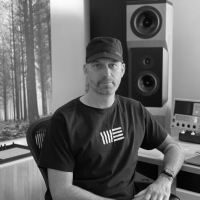 So after debating it for years, I finally decided to give the larger iPad size a try with the arrival of the new M2 iPad Pros. Prior to that I had been happily using an 11” M1 iPad Pro, which to me had always been big enough to easily use for my music apps and day to day use, but still small enough to be easily portable. However, the last couple of years I’ve gotten really into black and white photography, and found myself wishing I could see more detail in Lightroom without constantly zooming into my images. Also, having true blacks on the improved LED screen would hopefully make my photo editing easier, as there have been a few times I made the exposure in my images too dark on the 11” iPad. (I do all my photo editing on the iPad FWIW).

I thought I would share my thoughts on moving to the larger screen in case anyone else is considering it. Full disclosure, this is my first 12” iPad, and I admit it’s only been a few days so these are largely my first thoughts and things could change as I get more used to the bigger screen.

Full screen music apps are a LOT easier to play now. Larger keys, controls, and less navigating in apps like Model 15 makes it almost feel like I have new versions of these apps. If the iPad is your main music creation platform, I can see why people are so into the larger iPads.

The LED screen is definitely a noticeable improvement, and personally I thought the 11” screen was no slouch already. Also, not having any issues with blooming around text like I was afraid of, at least so far.

I don’t think the increased size will impact the portability of the iPad (still fits in my backpack easy enough), though I will say the weight increase is more noticeable than I was expecting.

I’m not one who normally does multitasking on the ipad, and I think Stage Manager is a PITA currently, but overall it’s definitely a lot easier when you have more screen real estate to play with.

PDF manuals are a lot easier to read.

Typing. I thought for sure the larger keyboard would be easier for me to type on, but for some reason even though it’s full sized keys the iPad is constantly autocorrecting words I knew I typed correctly. Also the smaller height Delete key drives me crazy. Overall I just find I have to manually correct words a lot more than I’m used to, hoping this gets better with time.

Increased spacing looks unnatural at times. Websites in landscape orientation and tablet mode can look off with really wide unused margins. Books feel weird with SO MUCH TEXT on one page. Some forums end up feeling stretched out more than looks natural. It’s minor things a lot of time, but I keep feeling like the extra space over the 11” isn’t used the best way possible.

Battery life is actually a little worse in use than the 11”. Granted I’m typically running the display at max brightness, but I still find the battery indicator dropping faster than I’m used to. Still amazing battery life, but that better screen seems to really draw a lot of power.

Not a single bit of difference in performance compared to the M1 iPad, though I wasn’t really expecting anything as the M1 is overpowered as it is.

The normal folio cover feels less stable when I have the iPad angled for movie watching, or even more flat for photo editing. Each pane of the trifold cover is so much bigger, just feels like there’s a bit more flex now to it. Not really a huge deal, but it keeps jumping out to me so I thought I would mention it.

All in all I’m enjoying it so far and I think I can get used to the differences quick enough. But the one thing I keep thinking is that the 12.9” iPad is better for creating content, and the 11” iPad is better for consuming content. At least for anything involving text like books, websites, etc. Easier to hold, and the formatting looks more like you’re used to.