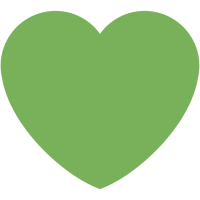 Over the last years digital instruments by large manufacturers have shrinked both in price and size, becoming more accessible to more people by the month. I had a mid-tier setup with (full size) Moog, a Korg, some Elektron (older stuff), a digital Roland and an MPC. I probably came out in plus after owning the instruments for three years and selling before going back to in the box on Ipad. So it was relatively cheap. The Keystep that broke was the only annoyance. My friend who got alot of what I call meme-instruments had soo many technical annoyances and had to sell at a much bigger loss.

But looking (and hearing) mediocre youtubers with the same, tiny and cheap gear has become extremely boring and annoying, since it rarely sound interesting. That's what prompted this thread, like a counter-weight to all the halfway hidden advertising there.

I don't really know where this is going, but I think it boils down to one opinion; good, full sized (and more expensive

) instruments bought used knocks the socks off new, popular gear. Both in uniqueness of your sound (not having what everybody else has) and economy (save from the initial, a higher investment). And in addition the usability, stability and build quality wins compared to tiny cheap stuff.

tl;dr
Sofware and a good midi controller gives you the largest, cheap palette of sounds by far. Beware of choice paralysis though. Cheap instruments are (re-)made only for profit and mostly sound done and boring. Good, used, older (but more expensive) hardware is the most fun but not worth it unless you make money using it. In my pretty limited experience.

Also I find an ipad more hardware-y with the less complicated OS. Glad I got in after files came around. We live in amazing times!