Gsi Echo apps. GS-201 vs Varispeed vs Echo B2. Giveaway and comparison demo

Here is a quick silent comparison of GSi / Genuine Sound Software / Guido Scognamiglio vintage echo apps / plugins. They all sound good but have subtle differences, and to my ears some sound better on certain sounds than others. The 3 compared here are the Echo B2 (Binson Echorec), GS-201 Mk II (Space Echo), Varispeed (Copicat). I have 3 copies of ANY GSi app to give away. You’ll find them by searching for Guido Scognamiglio on the App Store. 1 winner for YouTube, 1 for Twitter, 1 for Insta. To win on YouTube, simply like, comment and subscribe in YouTube. In your comment make sure to mention which app you’d like to win. Winners will be announced in 2 days roughly. YouTube and Twitter vids will be uploaded later today. Find me on either platform by searching for Gavinski’s Tutorials. Good luck! 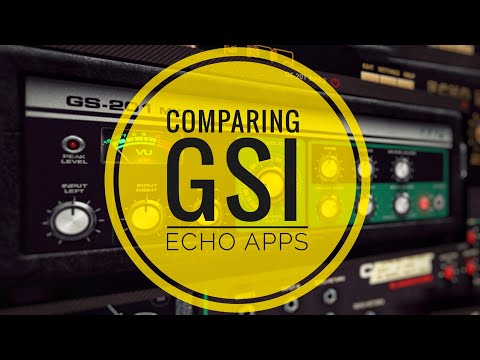