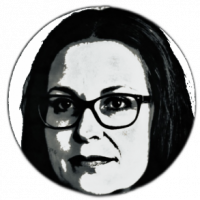 “All men dream: but not equally. Those who dream by night in the dusty recesses of their minds wake up in the day to find it was vanity, but the dreamers of the day are dangerous men, for they may act their dreams with open eyes, to make it possible.” - T.E. Lawrence, The Seven Pillars Of Wisdom.

Such a remarkable man, as I and @rottencat were recently discussing. A character too incredible for fiction: tormented war hero, shaper of nations, poet, mystic, masochist, chameleon, Mr Ross, Mr Shaw… Lawrence of Arabia.

In 1935 he wrote of the little cottage at Clouds Hill, which clearly represented to him some desperately needed respite from the world on which he had impressed so much:

“Shortly I should be able to live at peace… with all the twenty four hours of the day to myself. Forty-six I am, and never yet had a whole week of leisure. What will 'for ever' feel like, and can I use it all?”

Just weeks after moving in to the monkishly austere building, he met his forever in a motorcycle accident, on a lonely turn on a road nearby, slipping from coma to death a few days later. Sightings of a mysterious black car glimpsed close to the crash site, and rumours that some in the British government were not too sad that such a maverick was no longer around to trouble them further over their shameful treatment of erstwhile Arab allies of the First World War meant his death remains as legended as his life. Truly, a most remarkable man.

Today the cottage, near Wareham in Dorset, is cared for by the National Trust, and can be visited by appointment:

The track was made entirely with Koala and AUM tape loops, no other instruments used, from a sliced and resampled found sound recording of large wind chimes. I was interested to hear how the phasing of offset loops created additional harmonies, and even different, choral-like timbres, from the original bell strikes.