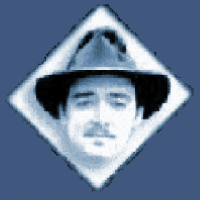 In the early 90's I had a Tascam Midistudio 688 cassette 8-track and mixed down to a Nakamichi cassette deck. Recorded songs every day back then. I've spent the summer going through piles of these tapes and remastered a few using my iPad and all the great iOS audio plugins available today.

'Island Getaway' is a smooth jazz song heavily inspired by a Japanese jazz koto player named Yutaka, specifically his 1990 'Brazasia' album which I really liked. This song is supposed to paint a scene of riding boat to a small island, making landfall, enjoying the Island, them getting back on the boat and sailing away. I was still learning the basics of keyboard impoving when this was recorded. Except for my flugelhorn all the instruments are sounds form a Korg 01W synth. I added the waves sounds with the ipad, so that is new.

I used following plugins to revive these cassette mixes: