iPhone only for now. Help or suggestions on iPhone only bedroom beatmaker’s workflow and apps? 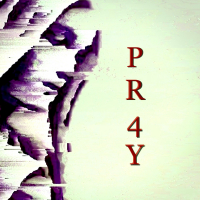 For reference I make beats from Lofi to boom bap to trap or even emo/cloud trap/rap. I want to be able to mix down full tracks I’m not much of a live, let the music flow, not record just go with it type of producer. Typically I make tracks that local artists in my area record vocals too to make some side income. My iPad recently got stolen. I used that almost exclusively, but now I don’t have beat maker3 which way my main go to.

Any suggestions on workflows for iPhone only to make beats like this? I have lots of samples and loops and used koala a lot, recently bought Sitala.. I like AUM but it’s hard to get full mixed down tracks out of it. I do have Xequence2 but haven’t used it on the iPhone only yet… I also do like Zenbeats but it can be frustrating at times. My main thing is getting quick ideas out with koala but now I don’t know of an easier way to kinda get the stems out and further produce each element of my koala loops.. in considering AUM koala multi out and buying 4pockets multitrack recorder to separate and produce each track and add separate FX, then add them all back together with Multitrack, maybe adding different things with other AUv3s and plug-ins… idk if anyone has any easier workflows than that. I’m thinking Sitala seems it could be more helpful in certain apps than koala as a drum machine…

Idk I’m just both frustrated and need some other iPhone only beatmakers (please God let there be some) input. Also with my busy schedule it could be just a matter of sitting down and trying out different things. Problem is I just don’t know where to start… I usually started with bm3. Any guidance or help would be appreciated. Thank you!