Boring title, yes, but not a boring piece of Ambient (at least in my not-so-humble opinion), lol.

So, this piece was concocted with three sonic elements - the random sound of the day from Freesound.org (an electronic bounce sound), a KAPro Orchestra patch in Module Pro, and some garbled speech.

For the first element, I took the "Bounce" sound, edited it in TwistedWave, stretched it in PaulXStretch, loaded it into AUM's File Player, recorded it into Gauss at a slow speed, and slowed it down further. The only FX I used were AUM's lowpass filter and AUM's limiter to catch any peaks.

For the second element, I live performed some random notes into Gauss controlled by KB-1's amazing keyboard in the key of Db Whole Tone, and then slowed it down further in Gauss. This was processed through AUM's highpass filter, Velvet Machine, AUM's lowpass filter, and AUM's limiter to catch peaks.

Then I hooked up each lowpass filter to KB-1's CC knobs in order to not have to hop around AUM's screen to adjust them. So easy!

These were all routed to the master buss, on which I placed Stratosphere Reverb, ChowTape, and AUM's limiter to catch any peaks (which this time, there were none).

I brought in the garbled speech first, then the Bounce Drone, and then the Orchestra. It sounds so forboding. I love it!

(P.S. Pro Tip. If you ever save a project with any instance of Gauss after pressing Gauss' pause button, the speed will reset to 1.00x when reloading the project. In AUM, it's better to keep Gauss playing and simply disengage it on the mixer instead. Strange thing, but now it saves my speeds just fine and dandy, lol.) 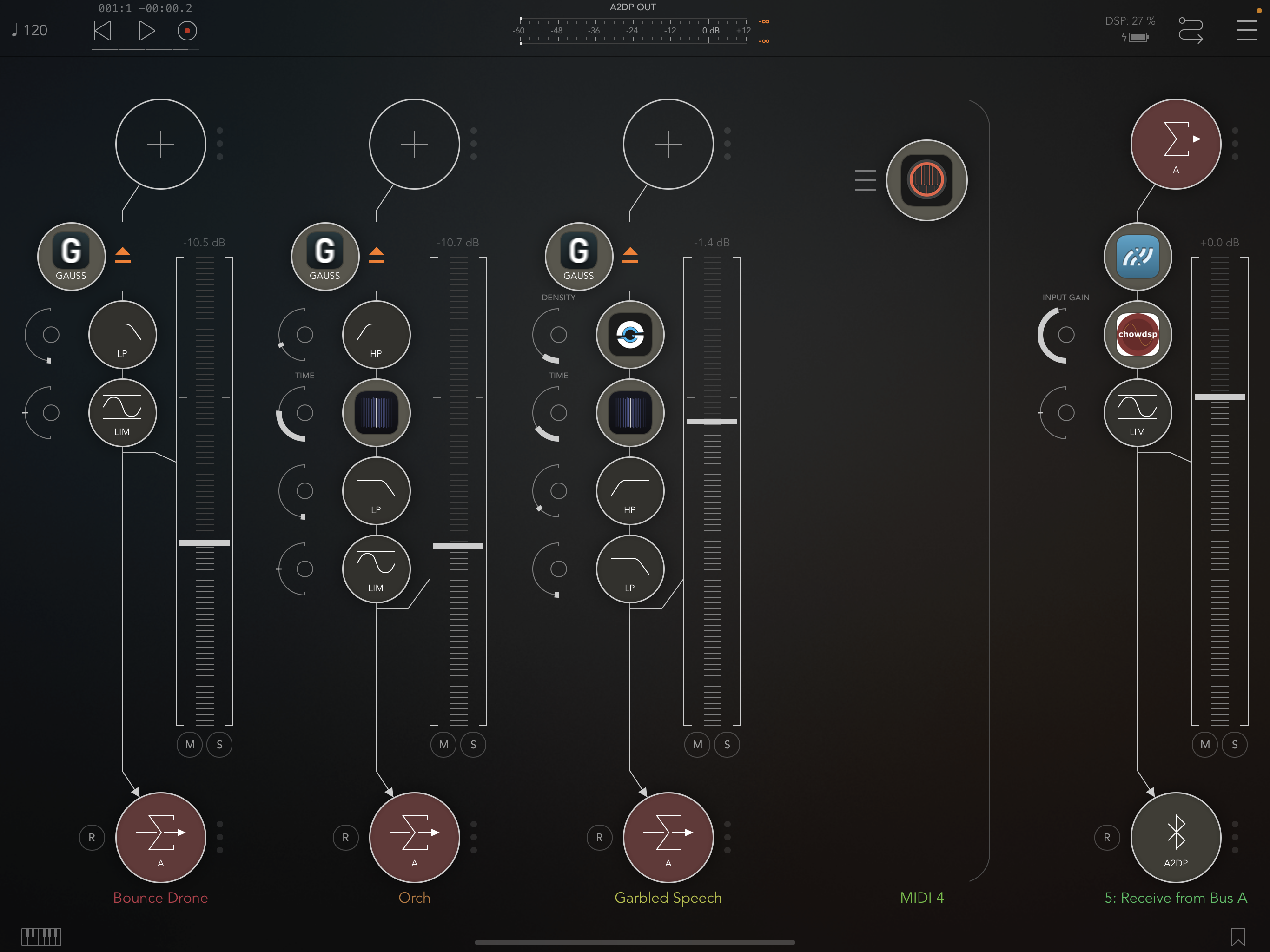