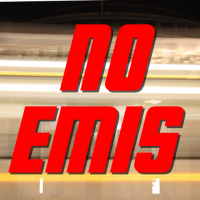 I've used @kv331audio_bulent's Synthmaster 2 within my live rig for the last 6 months. Although i'm using presets, it's much lighter than Synthmaster Player in AUM (the latter causes pops in my audio which isn't ideal).

I've just been playing around with some of the longstanding projects and the synth is suddenly not behaving as it was. I see the synth had an update last night. Some of the sounds seem to have been reset and I can't get them as they were

I've deleted and restored the app, even with a hard reset of the iPad to flush out the gremlins but still having problems.

A couple of patches to compare between SM2 and SM Player
AR Matrix Code - mod wheel set at a different rate
LD Venom - just sounds terrible now in SM2
LS 70s Lead - again different and not in a good way.

As these were presets I've no idea how to program the synth to get them back to their original state. But as I use SM2 a lot, this is really worrying me as I now need to go through all my live projects to see what is fine and what needs to be reworked.

Anyone else experienced altered sounds or behaviour? I'm on 2020 iPad Air 4