So I finally deep dove into modular synthesis to produce a very simple drone within MiRack (it's like having a full Eurorack on the iPad but for a mere fraction of the cost)! I first set up the modules in the standalone version. Then I opened AUM and loaded the patch within the MiRack AUv3. Nothing else was added except one of AUM's low pass filters to filter the drone in and out.

I expect my next drones to grow in complexity as I continue my journey with modular synthesis. It's a lot of fun! Cheers and enjoy!

P.S. Here's a screenshot of the setup! 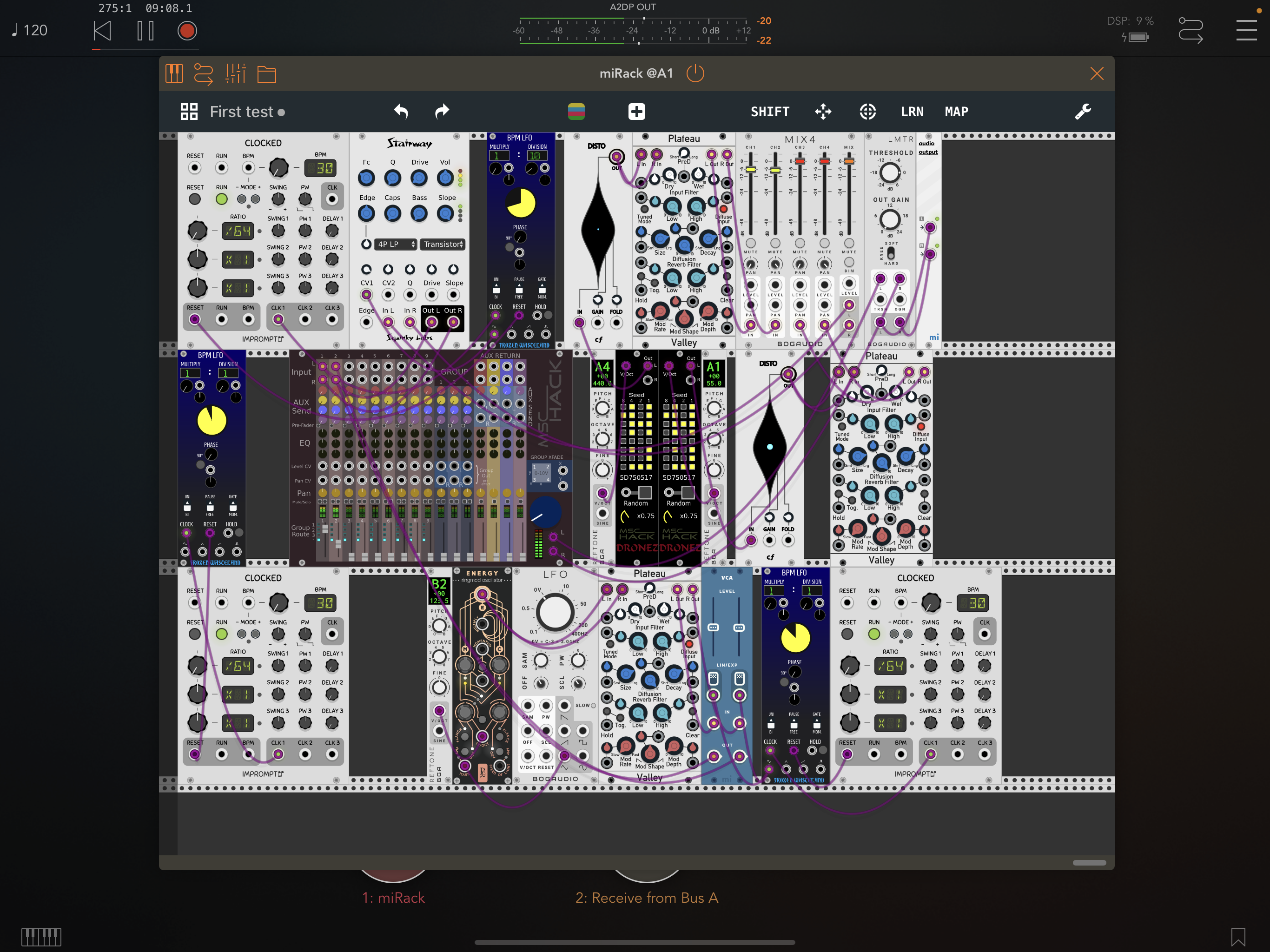