The brooding atmosphere by the edge of the dock where the still fog loitered chilled my body to the core.

Yeah, there's me trying to be clever, lol. 😂 My process was very simple. First I set up a marimba patch in Korg Module AUv3 in AUM. Then I recorded one loop into one instance of Gauss, and another loop into another instance of Gauss. I played both back at 62% speed, with the second loop being destroyed in Gauss' 1989 mode. Then I imported both into loopy.

Then I took a small chunk of the second loop and used PaulXStretch to stretch it out and pitch it down an octave to use as my secondary drone, which I then imported into Loopy Pro.

Finally I found a random chunk of audio from freesound.org and used PaulXStretch to stretch that out to about 8 minutes and pitched it down to match the key of my other loops and imported that into Loopy Pro as my main drone.

I set up one lowpass filter for each loop, processed the main drone through VelvetMachine, and processed the whole thing through KoalaFX, Alteza, NoLimits Limiter, and finally Reelbus.

Here's a screenshot of the session. 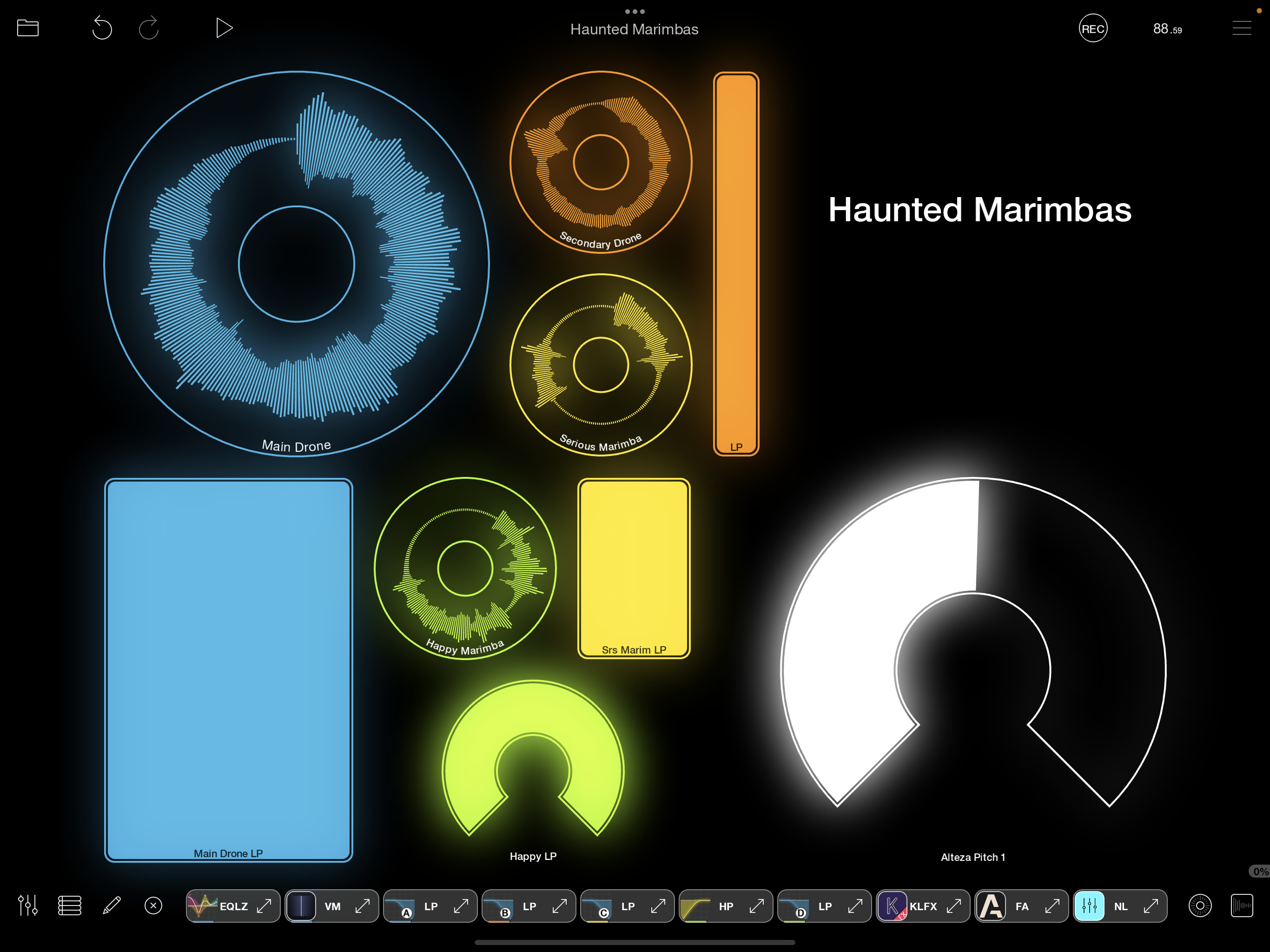