Giorsio Sancristoforo, the Igor Vasiliev of the desktop world, has released his new synth, Ongaku. 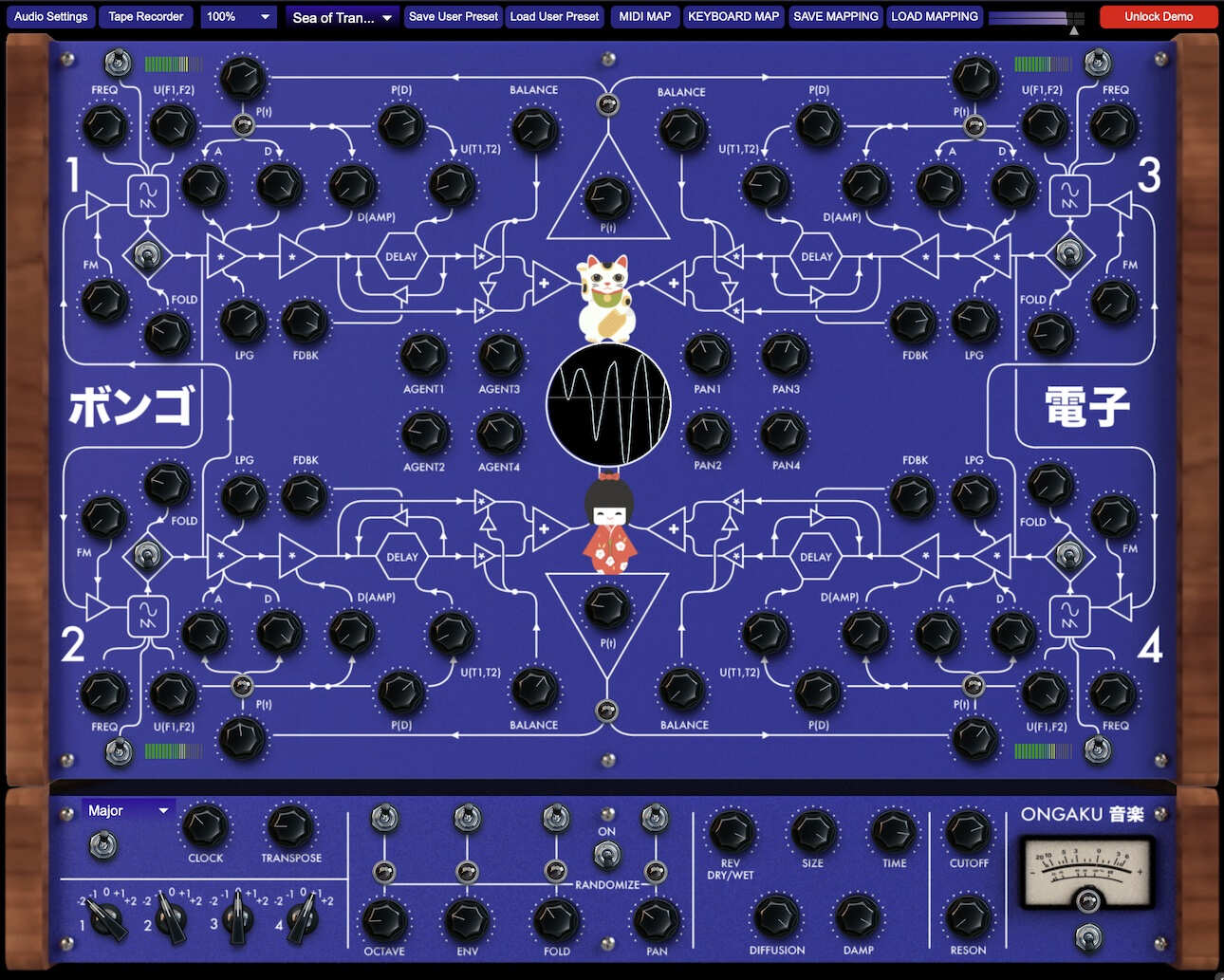 Giving that contrary to Bentō, this actually includes English texts, it's much more approachable. Also, I will buy any synth including West Coast in its description.

Like in all Giorgio Sancristoforo's previous releases, this runs only as a standalone app, so you need to use something like Blackhole or Loopback to route the audio to your DAW.

At the moment it's only in Mac. And it's M1 native, for those using the new Macs.

But a Windows version is coming in the next few weeks.

Here is a tutorial video in which Giorgio Sancristoforo explains the controls, and demo some of the presets. It sounds bananas.

I will wait to see if Giorgio makes a discounted bundle with all his apps like the last Summer (it was priced at 70 euros). If not, I will pick this individually in September.