Quickly split a chord over multiple tracks in MTS

MisplacedDevelopment
May 27 in App Tips and Tricks

I’m still finding new tricks in MultiTrackStudio despite it being my main DAW for some time now. Here is a tip for quickly splitting chords over multiple tracks in MTS.

First, we drag a simple C chord over from Tonality: 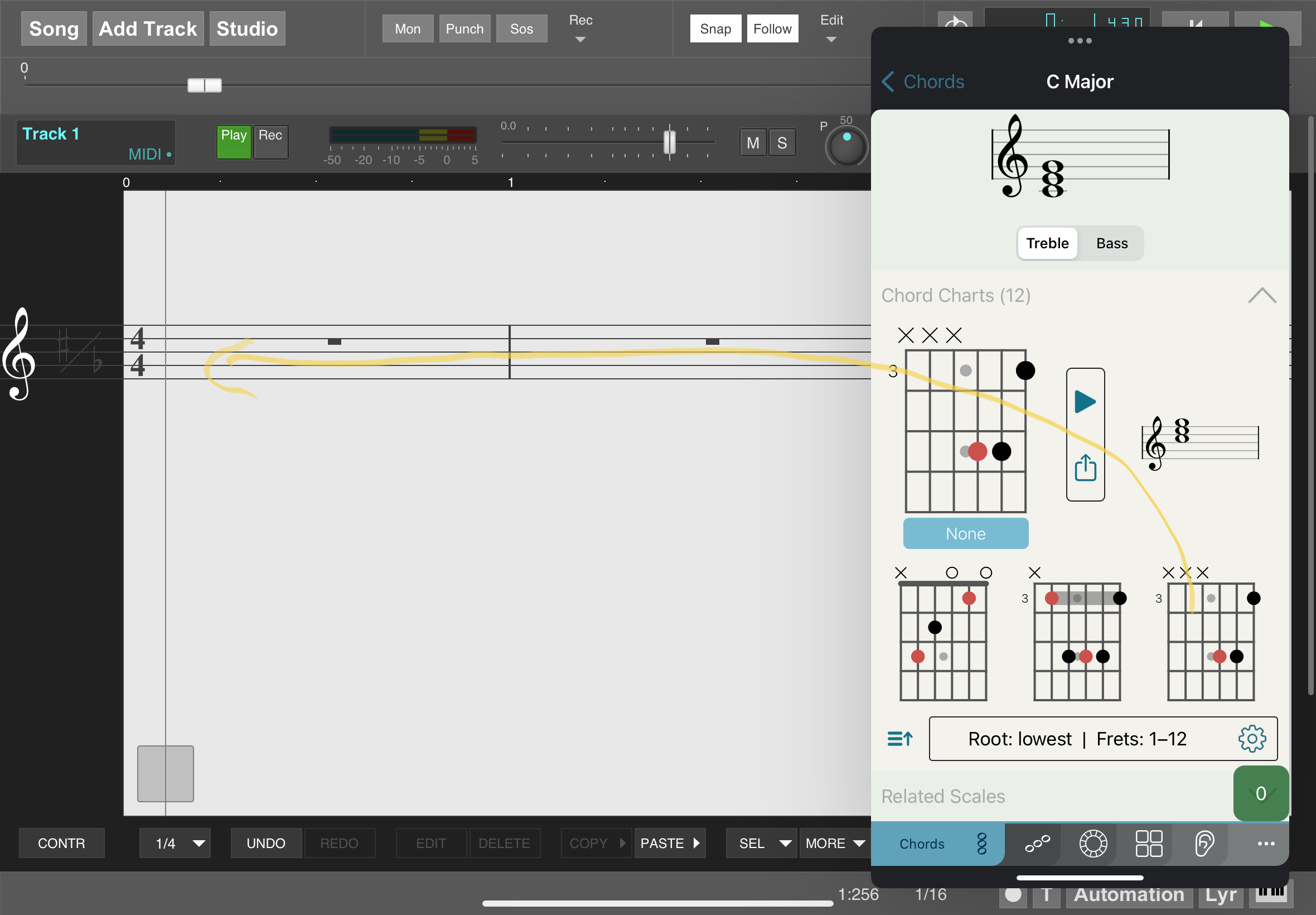 Then in the Multi-MIDI mode piano editor: 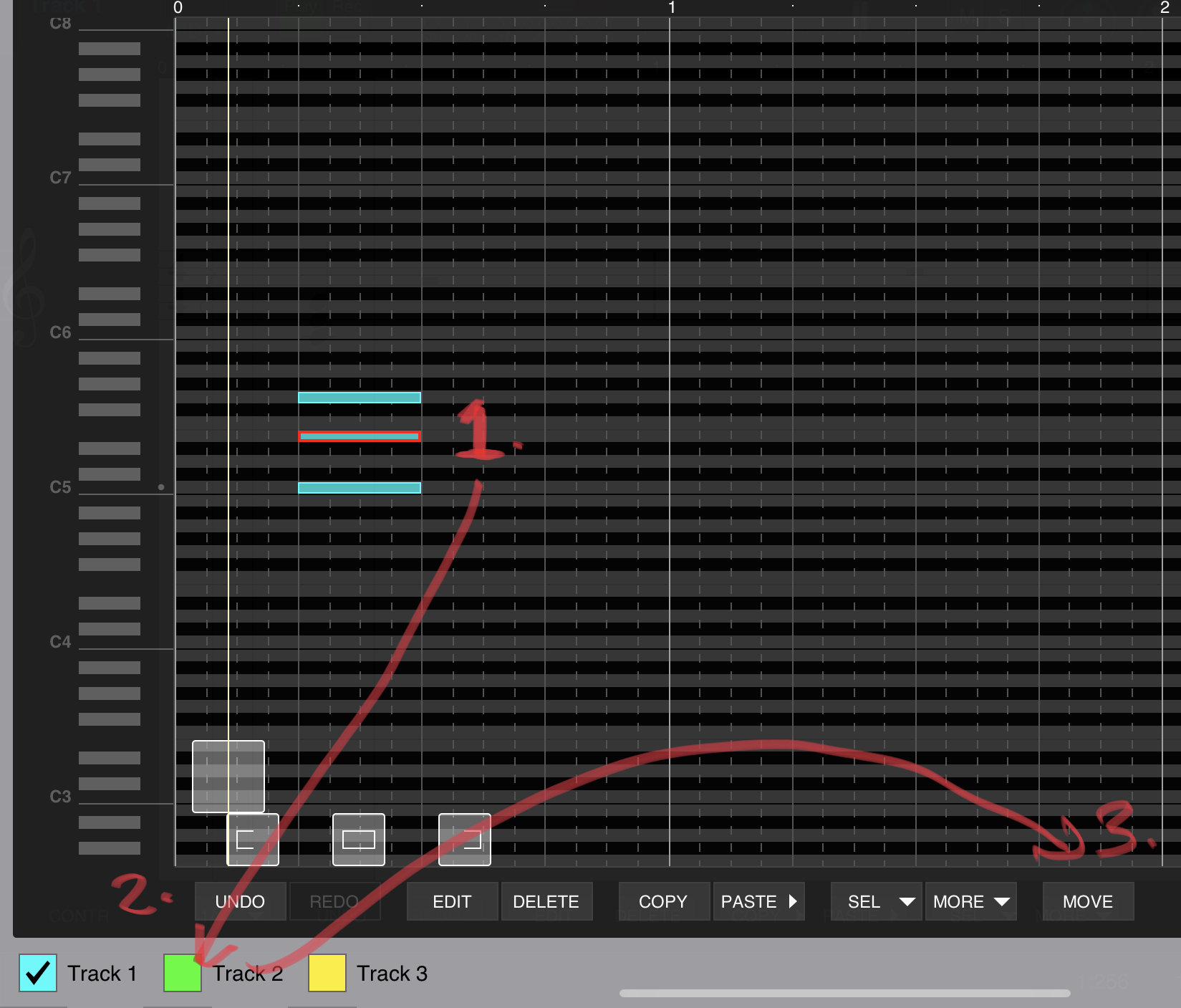 If you wanted to keep the note in the source track to double-up instruments, you could click copy then paste to create a second copy of the note before the move.

Do the same thing for the other note and you end up with the three notes of the chord on different tracks: 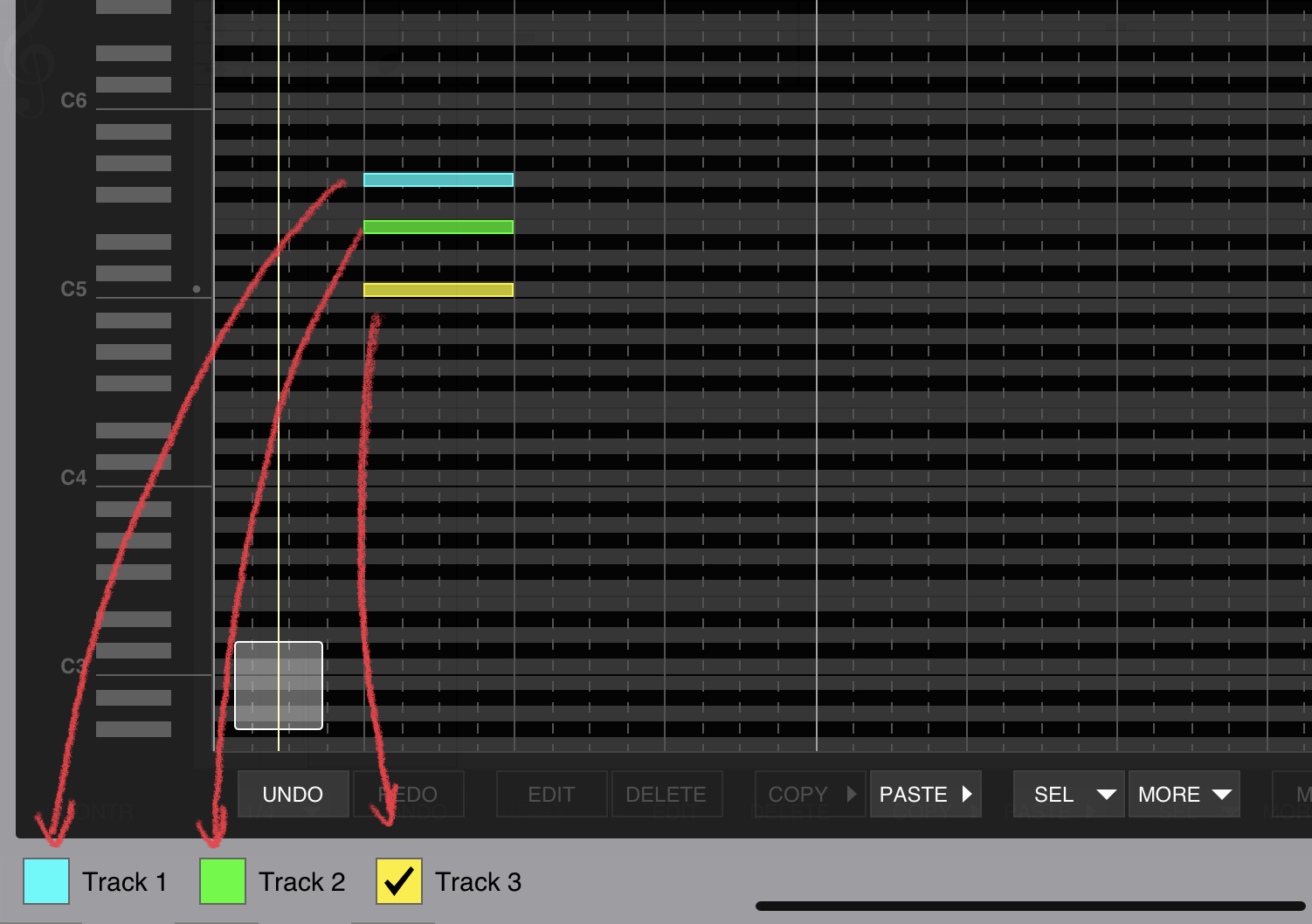 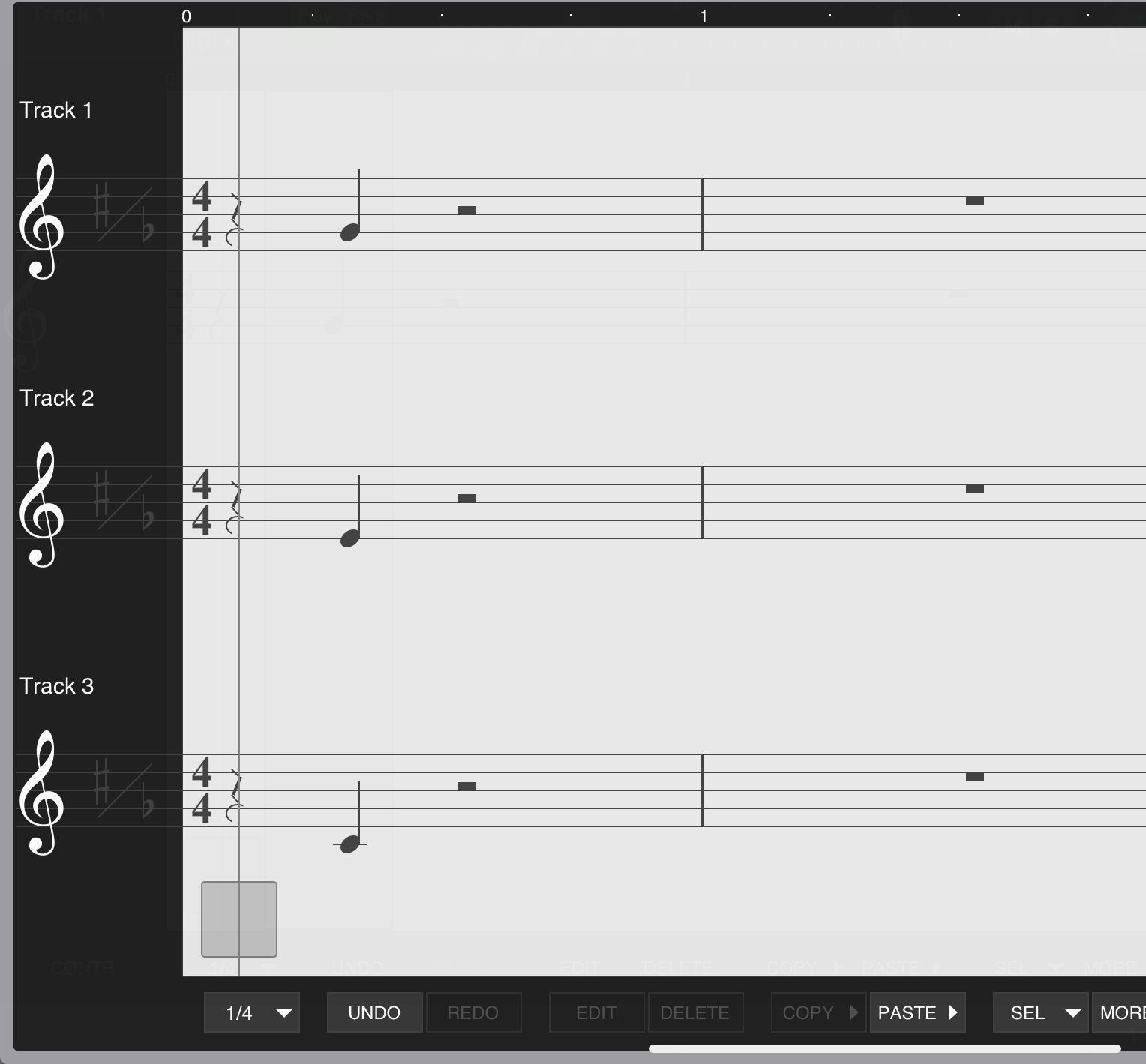