This is a music track that I improvised on an iPad with Animoog Z, TAL-U-NO-LX, and Continua. I used MIDI Tape Recorder (within AUM) to capture the performance and AUM to record the audio.

After bringing the AUM recording over to my PC, I applied the Lurssen Mastering Console plug-in to the audio mix within Vegas Pro.

I used a higher bitrate this time when rendering the file out from Vegas Pro. The four minute and 50 second video was 3.2 gigabytes in size. That made the animation much smoother than in previous ones.

It's titled Later That Night. 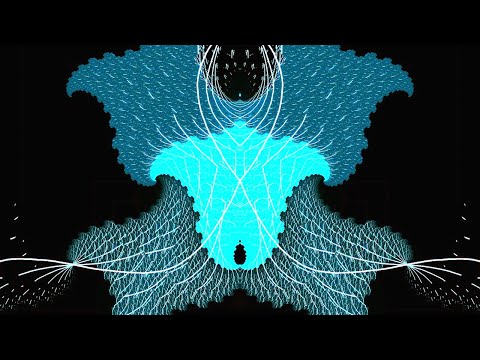