End of production. There is a sale on overlays. I bought the Buchla overlay, and got the video editor free. I have the others. 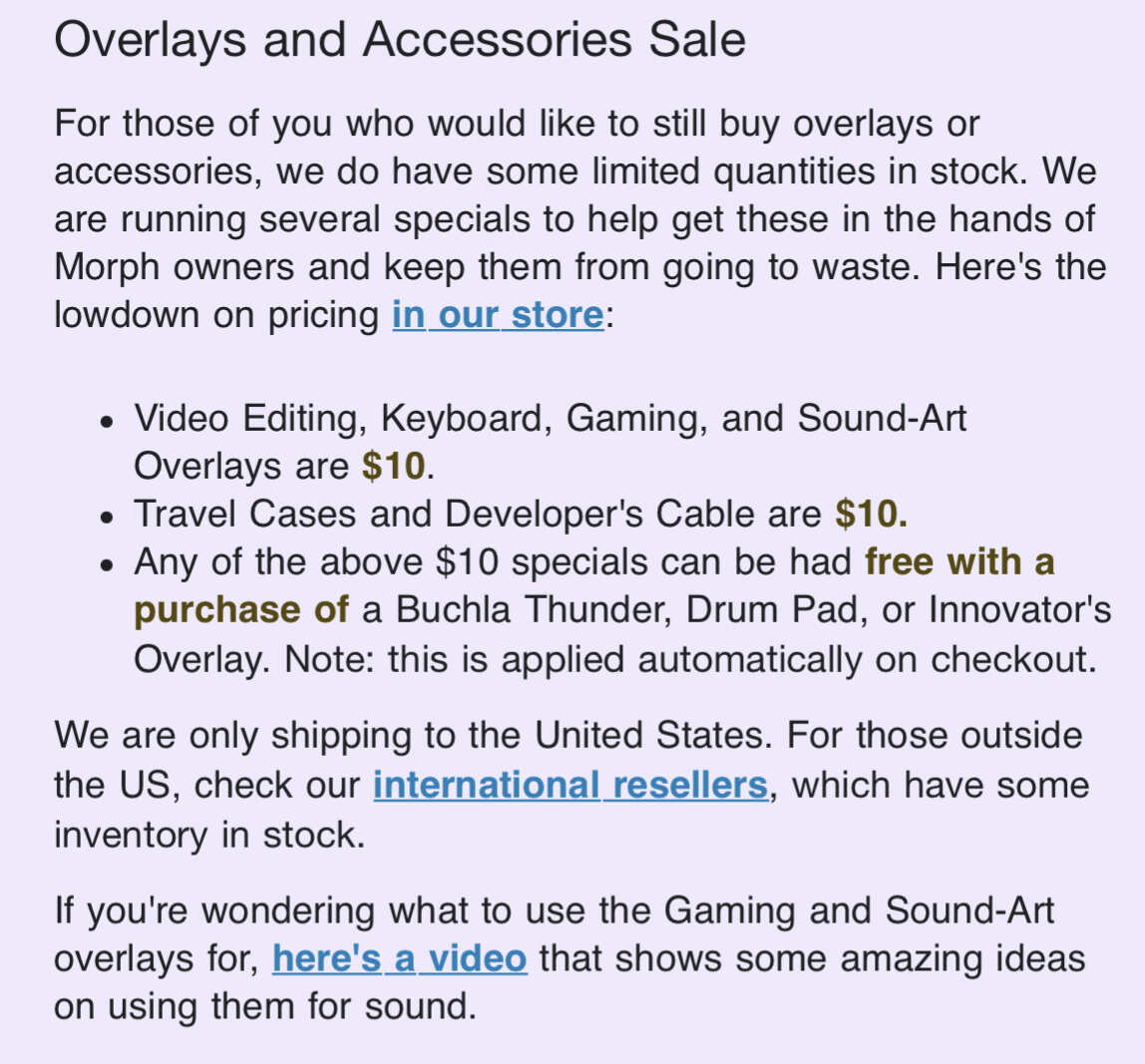