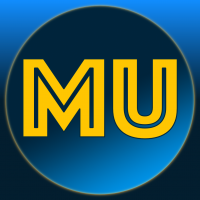 Can anyone confirm that AFAIK, there have been no real significant changes to audio and MIDI "stuff" in the last few iOS updates?

And finally, anyone else get the strong feeling AVFoundation will be deprecated before too long?

Seemed like there was a big fanfare (at least by Apple's music app standards) about AVFoundation back around iOS 9, but now everything is so "AU or go home" nothing seems to have happened as far as I'm aware to bridge the gap between AUv3 development, and the AVFoundation take on AU graphs and what-not. Real shame as it's kinda close.

I did have a whole load of stuff in development for new instruments for moodunits which I wanted to be a nice surprise for y'all, but...

Apple have decided to stop hosting any new IAP downloadable content so I've had to abandon that as doing my own d/l hosting is not commercially viable for an operation of my size. So yeah... thanks for that Apple, especially as getting IAP downloads working with moodunits was surprisingly painful

Just to be clear, Apple will continue to support existing downloads (who knows for how long...) but aren't accepting new content. That's my understanding anyway.

Anyway enough about me and hope someone can spare the time to chip-in, share their thoughts.

Finally, and more importantly, hope everyone is AOK!