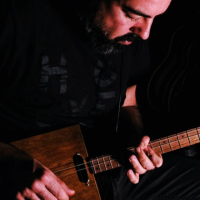 Hi!
So a friend lent me a KORG Ms2000 that he wasn’t using. It’s the first time in my life I play with an actual hardware synth. Blown away by the experience.
It turns out I did know my way around a synth!. All these years struggling with VST and more recently iOS synths proved worthwhile in the first half an hour with a “real” one.
What I found surprising is that the hardware felt 1000 times easier than any software version. It turns out I had the knowledge and as soon as I had some actual knobs it just manifested.

I’ve had and played with so many apps and software synths that the concepts weren’t “fixed” in my brain. Sure, it was always oscillators, envelopes and lfos, but they kept changing shape and position!. As soon as those manifested in actual knobs and buttons somehow it all made sense.
So I’ve learned how to play a hardware synth by using software synths. I can now confidently say this is absolutely the wrong approach!. If there’s anyone “young” 🙃 reading this (unlikely in this forum 😂)… Get a synth!. I feel like an idiot for not having done it before.
When I return it I’m gonna need to buy a synth. Cheap one, maybe a Behringer clone or a second hand Ms2000. I’m obsessed now.

How many times have you read “nothing beats the actual feel of a hardware unit, knobs, faders, bla, bla bla”?. Sure, I knew it was true, but had no idea to what extent. It’s not only about the joy and fun of physical interaction, which I already expected (I own a Digitakt), it’s about how your brain and muscle memory makes it a completely different experience.

I’d love to hear your thoughts on this and I’d welcome any dirt-cheap synth recommendations.
Cheers!.