Single Cycle Waveforms! Does anyone have any recommendations for packs? 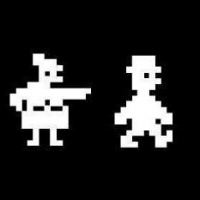 sevenape
September 2021 in Knowledge Base

Hey there, I've been getting into SCWs recently and with the new Koala update, it's more fun than ever turning a sampler into a synth! I have the adventurekid pack, it's really awesome, but I was wondering does anyone have any recommendations for good packs?

I found this one: The demos are nice, but if anyone could say if it's worth the money?