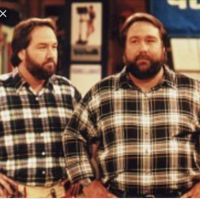 I made the mistake of going cheap with a Presonus Studio 24c a few months back. The MIDI in out is what sold me, but it’s the audio that conflicts with iOS and every single DAW to where the signal gradually gets more static-y as the session goes on. Beware buying one.

So I’m joining the long line of folks who’ve had this question. It’s solely for a 2020 iPad Pro, so it’s gotta be USB-C compatible. Buffer power or adapter powered doesn’t matter. A preferred two (2) instrument/mic inputs for stereo guitar and synth recordings, but I’d consider one with more ins/outs if it’s quality and solid with the iPad. MIDI in/out would be nice, but I can still use the Presonus as a MIDI box.

1) What do you use? Do you recommend it?

2) If money were not an issue, what’s the toppest of the line and the one you’d buy?

Got a feeling the Focusrite 2i2 will win, and that’s what I’m leaning towards. But I also don’t wanna make the mistake again of having to buy something else I should’ve bought in the first place, so I’ll definitely consider spending bigger. Thanks for any help.