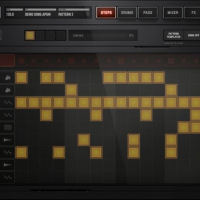 For those still using gadget, which gadgets have you not aquired yet?

I've held out on Wavestation, Stockholm, and Gladstone.

The one gadget that absolutely blew my mind was Arp Oddessi.
My first mistake was not knowing the history of the AO, the next was thinking the word ARP had anything to do with the synths primary mechanics and not the name of the company.

Presets alone, there is around 200 quality presets - I believe making it the largest preset bank, but presets aside- the sounds you can make from this critter is amazing. Anyone else a fan of the AO in gadget?

Gadget has been an absolute blessing for me, I really hope Korg continues to support it and people continue to use it. I haven't found a sketchpad as easy as Gadget on IOS- yes, I'm using an iphone.
lol. IPHONE 12 MAX PRO.