What Mixer Do I Need? 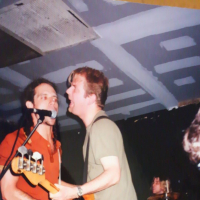 Finally pulling my home setup together. For the most part, it's been sandboxed dabbling: the Digitakt tracks stay in the Digitakt; the OPZ songs stay in the OPZ; the iPad stuff commingles only with itself.

But I need to bring it all together. At the moment, AUM will be the core, though the laptop has Ableton and Logic.

Right now, I've got an ICA4+ as an interface with the iPad. The interface has 4 ins, which is fine for the DT in stereo and a bass or guitar in the other inputs. But I'd rather not swap cables all the time when I want to sub in the OPZ or the Volca and so on. It would be nice to just adjust the channels in AUM depending on what instrument was sending audio.

But I was looking at budget mixers, and the Behringer Xenyx USB models suddenly got me thinking: Could I have the audio sent on discrete tracks into AUM through the iConnect4+?

I have so many questions, but I guess the first is: Can I run a USB mixer through the iConnect interface? If not, then I just need a mixer that can accept all my inputs, right?